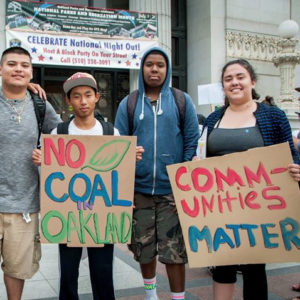 Turn out to support the campaign to keep coal out of Oakland! A panel of three federal judges will hold a hearing November 12 to consider the City of Oakland’s appeal of an earlier court decision. That decision sided with the developers who sued the city for banning their proposed coal export terminal.
The Sierra Club and Baykeeper have joined the city in appealing the decision. The hearing will be open to the public. Everybody who wants to keep coal out of Oakland, the Bay Area, and the world is encouraged to attend.
More information here
And check out this great article in the Guardian by Darwin Bondgraham