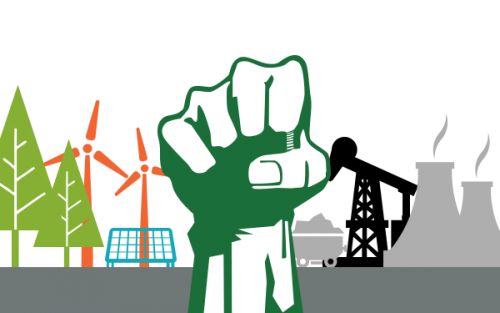 You can view the recording here.  The PowerPoint presentations and questions that were asked are here.

Carol Zabin (Ph.D. University of California, Berkeley) directs the UC Berkeley Labor Center’s Green Economy Program.  Her research has addressed low-wage labor markets, labor standards, workforce development, and other economic development and labor issues.  Dr. Zabin has consulted with numerous unions and non-profits on strategies and policies to improve jobs in human services and the green economy.  Her current research focuses on the impact of climate and clean energy policy on California’s economy, workers, and labor unions.  Appointed by Governor Brown, Dr. Zabin sits on the executive council of the California Workforce Development Board.  Before joining the Labor Center, Dr. Zabin was on the faculty at Tulane University and UCLA.  She recently completed a comprehensive report for the California legislature called Putting California on the High Road.  Read the executive summary here.

Shrayas Jatkar is a Policy Specialist at the California Workforce Development Board, where he ensures public investments in California’s transition to a carbon-neutral economy support high-quality jobs and greater access to them for disadvantaged workers.  (His agency is charged with implementing the findings of Dr. Zabin’s report.)  He has also been a Policy Associate for the Coalition for Clean Air, a Policy Intern for the Governor’s Office of Planning and Research, a grassroots organizer for the Sierra Club, and a field organizer for U.S. House and Senate campaigns in New Mexico.