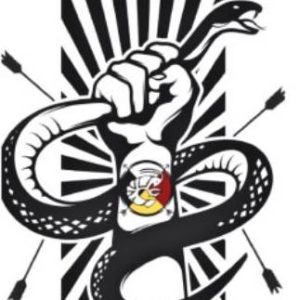 Join Climate Justice SF to hear firsthand accounts of the resistance against the Bayou Bridge Pipeline from three of the most effective organizers on Turtle Island: Anne White Hat, Cherri Foytlin, and Mark Tilsen. They’ll talk about the ongoing work fighting back against Energy Transfer Partners, community resiliency in the Gulf South, and visions and plans for the struggle.

They are touring with Mutual Aid Media’s film “L’eau Est La Vie, From Standing Rock to the Swamp.”  The L’eau Est La Vie Camp is a continuation of the indigenous-led fight  in Standing Rock, and of the centuries-old fight to protect stolen sacred territory. The camp centers the voices of indigenous, black, femme, and two-spirit organizers.

The camp fought in the bayous of Louisiana, Chata Houma Chittimacha Atakapa-Ishak territory, to stop constriction of Energy Transfer Partner’s Bayou Bridge Pipeline — the tail end of the Dakota Access Pipeline. The camp’s sustained resistance delayed the completion of the pipeline over a year. In addition to costing ETP upwards of a billion dollars, the L’eau Est La Vie Camps galvanized the fight for climate justice in the Gulf South.

This event is part of the global week of climate action. There is no charge, but donations for the speakers are appreciated. There will be snacks available, feel free to bring finger foods to share.

For inquiries, media requests or if you’d like to help support the tour: leauestlaviecamp@gmail.com