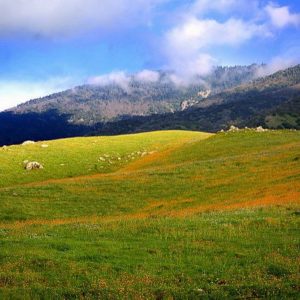 The Center for Biological Diversity shares this good news: The San Francisco Board of Supervisors voted Nov. 15 to prohibit new fossil fuel leases on city-owned property. The legislation by Supervisor John Avalos originated with 350 Bay Area analyst Jed Holtzman, who discovered the city was leasing to Chevron an 800-acre property that it inherited in Kern County. City finance officials say converting the property to a solar array could generate more revenue than current oil operations, which net the city about $320,000 annually.

“We’re headed for catastrophic changes to our climate if we don’t reduce our use of fossil fuels now. With the pending Trump presidency, local leadership on climate change is more urgent and important than ever. San Francisco and other cities can help lead this country into the clean energy future we need and resist the catastrophic policies our president-elect has proposed,” Avalos said. “The fact that we can make as much revenue from solar as we do from oil just reinforces that it’s time to keep dirty fossil fuels in ground and transition to a renewable-powered economy.”

The legislation was unanimously approved by the board’s Budget and Finance Committee on Oct. 26 and its Land Use Committee on Nov. 14, following supportive testimony by members of 350 Bay Area, the Center for Biological Diversity and other San Francisco residents. The Board of Supervisors will follow today’s vote with a second vote Nov. 29, after which it will go to Mayor Ed Lee for his signature, which is widely expected given the board’s veto-proof unanimous vote.

The full announcement from the Center for Biological Diversity here