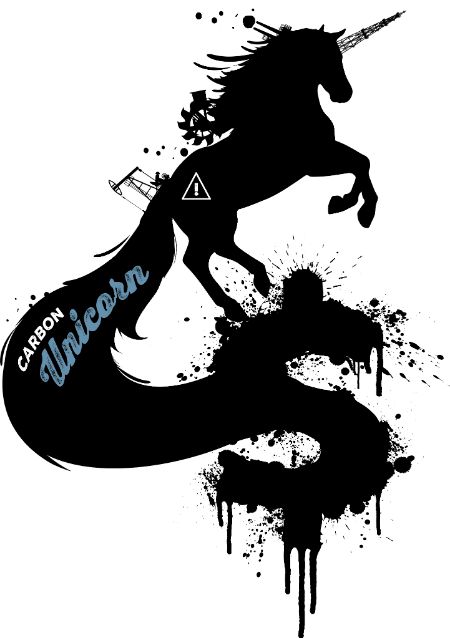 Don’t believe the Net Zero myth.  Tackling the climate crisis with offsetting schemes and net zero pledges is like chasing carbon unicorns—pure fantasy.  Instead, we need drastic emissions cuts to #RealZero and justice for communities NOW.

Powerful actors are using “net zero” pledges to hide their climate inaction.  Stopping the climate crisis requires us to stop burning fossil fuels, period.  No magical thinking will solve this problem, just immediate action and system change.  But transnational corporations and governments are hiding behind the “net” in “net zero”—claiming that they just need to pay someone else to remove carbon through carbon offsetting, rather than taking action on their own.

“Chasing Carbon Unicorns” unpacks the science behind “net zero” claims and how they are used to obscure climate inaction.  It explores the new strategies to expand carbon offset markets, linked with new “net zero” demand for offsets.  It also explains the roles played by various actors involved in the effort to “make offsetting great again.”  These include less obvious players such as a few large mainstream conservation organizations, as well as the more obvious ones: the banks, the finance industry, and corporate interests behind maintaining the status quo of fossil fuel production and consumption.

“Net zero” means that fossil fuel companies can continue to explore, drill, extract, and burn fossil fuels, while someone somewhere else sucks carbon dioxide out of the atmosphere, magically balancing out emissions.  But whose land, whose forests will be used to suck that carbon out?  Fossil futures require carbon unicorns.

The area of land required to sequester just 2 Gt CO2 through ecosystem restoration is estimated at 678 million hectares—about twice the land area of the country of India.  Communities in the global south are already facing huge land and resource grabs, loss of livelihoods, and violations of their territorial rights.

“Net zero” targets need to be transformed into Real Zero targets, including a complete phase-out of fossil fuels and industrial agriculture, with equity and support for rights for communities whose livelihoods are dependent on those ecosystems.