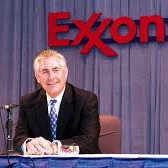 On January 9, people in all 50 states will send a message to every US Senator: Reject Donald Trump’s reckless climate-denying cabinet nominees.

The Day Against Denial will fight back against some of Trump’s most dangerous cabinet picks:

The climate is changing, and anyone who denies this shouldn’t be in the White House cabinet. It’s up to the Senate to stop these nominations — and up to us to show up in person to tell our Senators to fight Trump’s Climate Denial Cabinet.

A community rally will call on Sen. Feinstein to block Trump’s appointments of climate deniers and fossil fuel champions to the cabinet.

This action, sponsored by Families Against Fossil Fuels, will call for “No Fossil Fascism for Our Kids.” Families will also march to the office of Phil Tagami, the developer who is now suing Oakland for blocking a coal export terminal. Event will include activities for children, drumming, and dancing