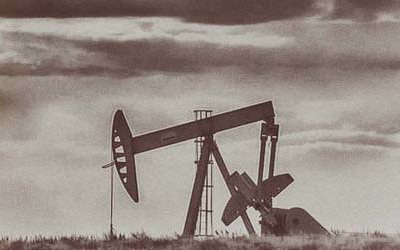 Environmental justice, conservation and public interest groups responded positively to a key sentence in “May revision” of the Governor Gavin Newsom’s California state budget regarding transitioning the state from fossil fuels.

“The May Revision also recognizes the need for careful study and planning to decrease demand and supply of fossil fuels, while managing the decline in a way that is economically responsible and sustainable,” the sentence states.

In response to this recognition by Governor Newsom of the need for a managed decline of fossil fuel supply in California, David Turnbull, Strategic Communications Director at Oil Change International, said in a statement:

“Today’s support by Governor Newsom of the need to ramp down fossil fuel supply in tandem with reducing demand marks a critical recognition of what true climate leadership must look like in the face of our ever-worsening climate crisis. California can set a new standard of leadership by being one of the first major oil- and gas-producing jurisdictions to ramp down its fossil fuel production in line with what the climate demands and prioritizing a just transition for impacted communities and workers.

“When you’re in a hole as we are with the climate crisis, the first step is to stop digging. We already have more fossil fuels than we can afford to burn, and every barrel of new oil production makes the problem worse. California can lead the way by showing what a true managed decline can look like, and we applaud Governor Newsom for his recognition of that imperative.”

In a tweet, Bill McKibben, the founder of 350.org, said, “This is important–CA could be a real leader in phasing out oil drilling. It’s the place that @JerryBrownGov couldn’t bring himself to go, and it looks like @GavinNewsom might just have the nerve required.”

To phase out environmentally destructive oil and gas drilling in California, state officials and environmental advocates face a deeply entrenched oil and gas industry that is the most powerful corporate lobby in Sacramento. The Western States Petroleum Association, headquartered in Sacramento, is the largest and most powerful corporate lobbying organization that exerts enormous influence over California legislators and regulators.

For the past two decades, California has been often portrayed as the nation’s “green leader.” This myth has been promulgated by the Governor’s Office, state leaders, regulatory agencies, compliant media and most importantly, by the powerful oil industry itself.

Yet, in spite of the grandstanding of California officials at international climate conferences, California seriously falls short on many of its environmental policies, even lagging behind states like Texas in critical areas.

Unlike California, Texas has setbacks from fracking operations, with a 1,500 foot setback in Dallas, Texas, and 250 feet throughout the rest of the state. Although a 250 feet setback is insufficient to protect human health and the environment, it is better than the current case in California, which has no setbacks from oil and gas drilling operations, none whatsoever.

Here are three other examples of where California falls short:

1. Expansion of Offshore and Offshore Drilling: A review of state permitting records in the report “The Sky’s The Limit: California,” shows that more than 21,000 drilling permits, including permits for 12,000 new wells, were issued during the Brown administration. These wells include 238 new offshore wells approved between 2012 and 2016 alone, according to Department of Conservation data analyzed by the Fractracker Alliance: www.fractracker.org/…

Of the state wells, 2028 are active; 1336 are production wells, while the rest are support wells like wastewater disposal and water flood/steam flood/observation, etc, according to Kyle Ferrar of the Fractracker Alliance. The federal offshore wells include 702 wells listed as active.

3. Air Quality: California has some of the worst air pollution in the nation: The American Lung Association’s 2019 “State of the Air” report finds that an increasing number of Americans—more than 4 in 10—lived with unhealthy air quality, placing their health and lives at risk. The 20th annual air quality “report card” found that 141.1 million people lived in counties with unhealthful levels of either ozone or particle pollution, an increase of more than 7.2 million Americans since the last annual report.

“Eight cities recorded their highest number of days with unhealthy spikes in particle pollution since the nation began monitoring this pollutant 20 years ago. And the nation recorded more days with air quality considered hazardous, when air quality reached “emergency conditions”—Maroon on the air quality index—than ever before,” according to the association. California cities topped the group’s list of the nation’s most polluted cities:

By Year Round Particle Pollution

What is taking place in California now is part of a global crisis. On Monday, May 6, a United Nations assessment detailed threats to global biodiversity and found that one million species may face extinction due to climate change, habitat loss, and other anthropogenic changes in the environment. It also enumerated the ways in which this extinction will impact human social and economic systems.

“This sobering report shows that the time for protecting biodiversity is running out,” said Amazon Watch Executive Director Leila Salazar-López. “From the Amazon to the Arctic, dirty industrial development and human greed is destroying critical ecosystems and harming the communities that depend on the land. As indigenous peoples have reminded us for years: our own survival as human beings is fundamentally tied to the health of our environment.”

“For millennia, indigenous peoples have been the best stewards of the land but, as this report confirms, their territories are increasingly under threat from ‘resource extraction, commodity production, mining and transport and energy infrastructure.’ In order to protect critical ecosystems like the Amazon, the world’s largest and most biodiverse rainforest, we must support indigenous solutions to restore tropical forests and respect their right to Free Prior Informed Consent (FPIC). The planet and the myriad creatures that call it home cannot afford any less,” she concluded.