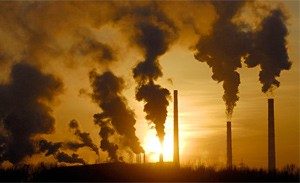 Our struggle continues to keep the Bay Area Air Quality Management District on schedule for the May 2017 release of regulations on capping refinery emissions.  Staff continues to slip in its schedule commitments.  The Notice of Preparation for the Environmental Impact Report, scheduled for mid-August, was finally released late on October 14.  The material can be found here

At this next meeting of the BAAQMD Board of Directors, Staff members will be making an update report and will claim they remain on the May 2017 schedule despite all their delays.  Staff is again calling on the California Air Resource Board to back its false claims against the emissions cap.  This time, the CARB presentation to the Board will support fossil-fuel industry arguments that an emissions cap will restrict gasoline production and result in higher gasoline prices. (More likely, falling gasoline consumption in California will lead to increased exports by Bay Area refineries, risking our becoming the “gas station of the Pacific.”)

We need people to turn out to demand that the Board quickly vote to separate the emissions cap from staff proposals—a complex emissions reduction strategy for all industrial sources, not just refineries, based on its long-term Health Risk Analysis approach.   The Board had earlier agreed to separate the two proposals if there were delays, so that the far simpler caps proposals could go through the rule-making process in a timely manner.  Staff has consistently shown it cannot meet its scheduled commitments for releasing these rules in a combined process.