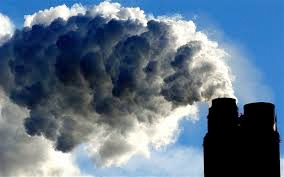 VINDICATION!  A letter issued on April 5th by the California Air Resources Board strongly affirms the legality—and desirability—of the Community-Worker proposal for caps on refinery emissions, or Rule 12-16.  The letter also endorses a carbon-intensity cap, or Rule 13-1, still undergoing development.  BAAQMD staff and the fossil fuel industry have been vigorously arguing that the refinery emission caps of Rule 12-16 are illegal, “arbitrary and capricious,” and in conflict with state cap-and-trade and other climate programs.  This statement from the highest level of state regulators puts these arguments to rest once and for all.   Read this game-changing letter here:  ARB Letter on Caps.   And see East Bay Times coverage here.

In Richmond and Benicia, Greg Karras of Communities for a Better Environment represented the demands of the Community-Worker network in support of the refinery-wide emissions caps of Rule 12-16.  Greg’s presentation laid out the four basic points that refute BAAQMD staff and refinery opposition to emission caps:

During the extensive followup questioning, Richmond youth urged staff to support their demand that the final Board vote on Rule 12-16 be held in the community, at a time when youth and working people could attend.

The staff presentation on 12-16 focused on their continued assertion that “singling” out refineries for an emission cap is “arbitrary and capricious,” and therefore illegal under regulations that allow pollution-trading credits.  They had no convincing response to the fact that recent environmental justice legislation (AB 197) requires agencies, under trading programs, to specifically focus on the local health impacts on disadvantaged communities from sources such as refineries.  Moreover, they were unable to explain why using a carbon intensity cap (CO2 emissions-per-barrel of oil, in their proposed alternative Rule 13-1), instead of refinery emission caps, is somehow suddenly completely reasonable and defensible.

Staff also admitted, re their carbon intensity alternative, that if the refineries continue to claim that the required data on throughput and crude slate composition is secret and proprietary, the staff will again have to abandon this alternative.

They continually displayed their anti-Rule 12-16 bias in how they spoke about the interaction of the three rules.  Rule 12-16 was always presented as a stand-alone rule, which would do nothing to reduce emissions and improve health.  Rule 13-1 and 11-18 were always presented as complementary rules that would lead to emission reductions.   In the aftermath of the workshops, we are grateful that the Air Resources Board has finally weighed in on the side of environmental and climate justice advocates:  their support is invaluable.

A vote is coming up fast, and ongoing pressure on the Board is still critical.  The last week of April, from Earth Day to May Day, is a crucial mobilizing opportunity.  Please write or call your representative on the BAAQMD Board—demand that this vote be held in Richmond, during an accessible evening meeting.

Air District staff has introduced a concept paper for a new approach in Rule 13-1, a refinery greenhouse gas (GHG) cap based on emission intensity, which is the amount of CO2 emitted per barrel of oil processed.  Although staff presented a timeline for August 2017 adoption of the rule, the concept paper states that the rule would only include a methodology for calculating the emission intensity.  Actual cap values would come at some unspecified point in 2018.

In concept, an emission intensity limit could also prevent refineries from transitioning to more energy intensive and polluting tar sands for their crude supply.  Given the complete lack of any detail for the emission intensity approach and the vagueness of its timeline, however, it is difficult to make a thorough assessment of the value of such an approach.  Again, a key issue remains instituting a cap on emissions as quickly as possible, in order to set a baseline on emissions today.  The longer we wait to establish a baseline, the more time refineries have to complete high-value, large-scale infrastructure projects required to process tar sands.  Delays on setting a baseline will lock in these projects for decades, setting the course for higher emission baselines once a cap is actually implemented.

It must also be noted that Rule 13-1 only addresses GHG emissions: it does not place any restrictions on particulate matter or toxic (sulfur and nitrogen oxides) emissions.  Thus it relies on using GHG restrictions as a stand-in to limit increases in combustion products that have a direct and immediate local health impact on frontline communities.  This is somewhat amusing, as the Technical Advisory Committee  had continued to critique Rule 12-16 on just such a basis (repeatably ignoring the fact that 12-16 included direct restrictions on particulate matter).

Staff had actually briefly raised the proposal of an emissions intensity cap last year, then abruptly dropped the issue due to the refineries’ refusal to release “proprietary” throughput data.  So any consideration of such an approach must include complete public transparency on all refinery throughput data used in any calculation of emission intensity values.

The  approach of Rule 13-1 should be evaluated as a complement or alternative to Rule 12-16.  In reality, a combination of the two approaches might be the strongest way to prevent future increases in GHG, particulate and toxic emissions by refineries.  An emissions intensity cap restricts transition to tar sands, independently of the throughput level of the refineries.  Theoretically, under Rule 12-16’s total emissions cap, if refineries reduced total throughput, they could go to a higher emissions per barrel crude slate.  On the other hand, an intensity cap places no restrictions on the throughput level of the refineries.  Even as California demand for fossil fuels falls in the future, as we achieve our overall GHG reduction goals,  refineries could maintain or increase total throughput for export, making California the “Gas Station for the Pacific.”  A total emissions cap would prevent this.  Thus, the ideal situation may be some combination of the two approaches.

We are now in the final push toward the end of this four-year campaign for refinery emissions caps.  Ongoing work to expand community support and educate newly elected Board members will be critical in coming months.  Between the victory of No Coal in Oakland and our forthcoming refinery emissions cap, we can send a message to the entire nation: whatever fantasies the Trump administration has to expand coal and tar sands production, these dirty fossil fuels will not come into California refineries and ports!

For more information about the Community–Worker Proposal, the city council resolution, public health impacts of refinery emissions,  and a support letter from United Steel Workers Local 5 (which represents 80% of Bay Area refinery workers), check out these documents:

THE STORY BEHIND THIS CAMPAIGN

Four years. Endless meetings. Hundreds, if not thousands of public comments. Then finally last June, overcoming opposition by BAAQMD staff, the Board of Directors unanimously voted to set a date, May 2017, to vote on the Community–Worker proposal to cap refinery emissions at their current level.

But there was a catch. The caps proposal was paired with a staff proposal for a massive program to reduce emissions at all industrial facilities. That’s a worthy goal, but the process could take up to ten years.  Unless refinery emissions are capped at their current level, air pollution and greenhouse gas emissions could rise disastrously while that lengthy process is carried out.

The staff proposal was another effort by the BAAQMD bureaucracy to delay and divert attention from our caps proposal. The staff counter-proposed a plan to do a Health Risk Assessment (HRA) on all industrial sources of pollution. This means doing a detailed analysis of the potential health impacts of various amounts of each chemical in the pollution emitted by every industrial facility in the Bay Area.

The positive aspect of the staff proposal is that it would set a stricter standard for protecting health. A Health Risk Assessment (HRA) calculates how many deaths per million would be caused by exposure to different amounts of each chemical. The current standard is that exposure should not cause more than 100 deaths per million people. The new rules would bring this down, first to 25 deaths per million and then to 10 deaths per million—among the strictest levels in the nation. Industrial facilities would be required to install “Best Available Retrofit Control Technology” (BARCT) to bring their emissions down to these levels.

However, the entire process—doing an extensive HRA, determining and agreeing on needed retrofits, installing them, demonstrating their efficacy, remediating retrofits that don’t achieve necessary goals—could easily take five to ten years or even longer. Moreover, this process must be done on a case-by-case basis for thousands of individual industrial pollution sources.  Without a cap in place, refinery emissions will inevitably increase during these extended studies.

The board set a specific schedule for the work on the two proposals:

The Board has committed to monitor progress. It agreed to separate the two rules, as we have been demanding all along, if combining the two regulations were to delay adoption of the emissions cap. At the December 2016 Board of Directors meeting, the Board demanded and received a commitment from Jack Broadbent, that regardless of the status of Rule 11-18, the refinery emissions cap would be brought to a vote in May.  This avoided the need to call for a vote on separation of the rules.

In addition to delaying tactics from its own staff, the BAAQMD Board faces strong opposition from the Western States Petroleum Association and other oil industry groups. Without intense, continual public pressure, the Board could give in to pressure from Big Oil for more delay and reject this critical proposal when it comes up for a vote.

This is why a coalition of organizations—including the Sierra Club, Communities for a Better Environment, Sunflower Alliance, 350 Bay Area, Asian Pacific Environmental Network, Richmond Progressive Alliance, and others—has launched this major grassroots campaign to let the Bay Area Air Quality Management District know: The people of the Bay Area demand caps on pollution from oil refineries!