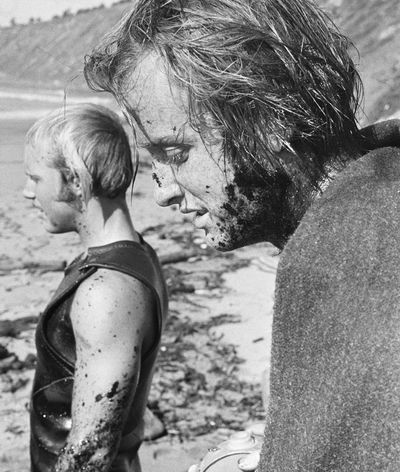 Join fossil fuel resisters from all over California on the 50th anniversary of the 1969 Santa Barbara oil spill.  We’ll commemorate this horrific event and protest the Trump administration’s plan to drill and frack our oceans.  Gather outside of the Bureau of Ocean Energy Management Pacific office in Camarillo to tell Trump and Zinke that offshore drilling and the oil spills, leaky pipelines and climate chaos that come with it are not welcome off our coast.

On January 28th, 1969 a massive offshore oil spill erupted in the Santa Barbara Channel, blanketing the California coast, including Chumash ancestral homeland, in over 3 million gallons of oil.  In the 50 years since, devastating oil spills—from Exxon Valdez in 1989, to the BP Disaster in 2010, to the Plains Refugio spill in 2015—have proven that offshore drilling remains dirty and dangerous.

Trump and his swamp cabinet are moving forward with a proposal to dramatically expand offshore drilling in all our oceans, including off the California coast for the first time in more than 30 years, while simultaneously rolling back protections that prevent catastrophic oil spills.

In response, over 80 West Coast communities have formally voiced their opposition to offshore drilling, and more than 1 million Americans have submitted comments demanding we keep offshore oil in the ground.  Yet the Trump administration continues to prioritize the profits of the fossil fuel industry over the interests of our communities and the health of our oceans.