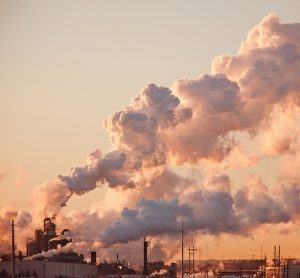 Join the campaign to limit toxic and greenhouse-gas pollution from Bay Area refineries!  Plan to attend the next meeting of the Air District’s Board of Directors on Wednesday, 7/20.  It promises to be a lively and pivotal hearing.  Strong public turnout is absolutely crucial, once again.

We expect that Brian Bunger, Esq., chief counsel for the Air District, will continue his private and public lobbying campaign against refinery emission caps, arguing that they are illegal.  Legal staff for Communities of a Better Environment and the Sierra Club, as well as the former senior counsel for the Air District, all think otherwise.  You can read their comments here.  Mr. Bunger has spooked some members of the Board of Directors with his talk about illegality, and it is time to set the record straight and let the board know that we don’t want our air bungered.  Or more bungered.

To recap:  After years of delays, the Bay Area Air Quality Management District has finally agreed to vote on the Community-Worker Proposal to limit refinery emissions to historic levels. Before that vote can take place, however, Air District staff will need to make good on its promise to produce an Environmental Impact Report, per California Environmental Quality Act (CEQA) requirements.  The board will take its vote after the CEQA process is complete. However, unless we keep the pressure on, they may continue to delay this process because Mr. Bunger, in the throes of a one-man filibuster, has announced that he will not draw up an EIR on an “illegal” process.

We, on the other hand, would like to see staff prepare and fast track a separate EIR on the Community-Worker proposal for refinery-wide emission caps.  There is no time to waste—because tar sands.

A cap on refinery emissions would effectively prevent Bay Area refineries from processing tar sands crude oil for export.  Our local refineries are among the few already equipped to handle heavy, dirty crude oil, and they are gearing up to process increasing quantities of even dirtier tar sands oil.  With the defeat of the Keystone XL pipeline and the resistance from Canadian First Nations to transporting tar sands oil through their territory, the Bay Area has become a key battleground for keeping tar sands in the ground. Passing refinery emission caps is crucial to winning that fight.

The Emeryville, Richmond, and El Cerrito city councils, Sustainable Rossmoor, and the San Francisco Board of Supervisors have already passed this resolution.  Oakland will consider it July 19th, and we’re working on introducing it in many other cities.

You can participate in this important campaign! To find out how, or to learn when the resolution will be introduced at your city council, contact sunflowerjsj [at] gmail.com.

See you at the next meeting of the Air District’s Board of Directors: