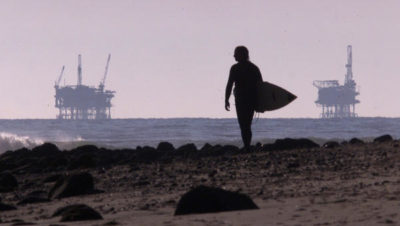 Trump recently announced his disastrous plan to hand over all of America’s oceans—including the Pacific—to rapacious oil companies.   This means they will be able to expand offshore drilling and fracking off the California coast for the first time in over 30 years.

The Bureau of Ocean Energy Management (BOEM) has scheduled only one public meeting in CA, despite 1,100 miles of coastline that would be threatened by expanded drilling.

Let’s show Trump what resistance to offshore drilling looks like.  On February 8th, please join the Center for Biological Diversity in Sacramento to tell the administration that offshore drilling—and the oil spills, pipelines and climate chaos that come with it—are unwelcome off our beautiful coast.  There are two free buses running from Oakland and San Francisco.  Spaces are limited so sign up soon.

Offshore drilling is a nightmare for people and the planet:  it poisons our oceans, covers our beaches in oil, and directly threatens California’s booming coastal economy.  It also deepens our dependence on fossil fuels, driving climate change that accelerates sea level rise and fuels wildfires.  Let’s show Trump and his oil cronies what resistance looks like to their unending quest to wreck the planet.

Please attend this rally, press conference and march!  Get on a free bus from San Francisco or Oakland.  And also be sure to submit comments in opposition before the early March deadline.

Here are some talking points you can use for your comments:

I am writing to urge you to protect our oceans and climate from expanded offshore drilling, and specifically to remove all planning areas from the United States’ five-year leasing proposal. Burning the fossil fuels in the areas currently proposed would contribute 49.5 gigatons of carbon dioxide pollution, the equivalent of the emissions from 10.6 billion cars driven for a year. Expanding offshore drilling will deepen the climate crisis, fueling extreme weather events and driving sea-level rise.  This is a road we cannot afford to go down.  The best science shows that the United States should end offshore oil and gas leasing in all regions, including the Arctic.

Catastrophic oil spills—an inevitable consequence of offshore drilling—destroy coastal communities and devastate marine life.  And the federal government has already concluded that there would be a 75 percent chance of a major oil spill if development and production in the Chukchi Sea moved forward under even a single large lease sale.  A major oil spill in the Arctic would be impossible to clean up.

That’s why I’m adamantly opposed to more offshore drilling, and so is the American public.  More than 150 municipalities on the West and East coasts have formally voiced opposition to offshore drilling.  And polls show that the majority of Americans support permanently protecting the Arctic Ocean from new oil and gas drilling.  What’s more, defense experts warn that Arctic drilling threatens national security, and keeping the eastern Gulf of Mexico off-limits to new drilling is critical to U.S. military readiness.

At 2:30 pm we’ll march to the Tsakopoulos Library Galleria (828 I Street, Sacramento, CA 95814) for the Bureau of Ocean Energy Management (BOEM) meeting.
At 3:00 pm we’ll enter the meeting and let BOEM know that we absolutely oppose new drilling  off our coast or in any of our oceans.

Free buses from the Bay Area: