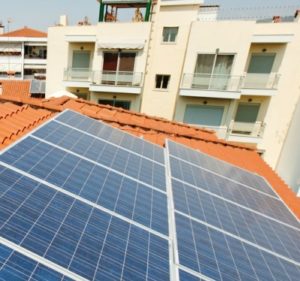 Sustainable Rossmoor is sponsoring a free seminar on the challenges and opportunities involved with rooftop solar.  Featured speakers are David Hochschild of the California Energy Commission, and Carter Lavin, of the California Solar Industries Association.  Everyone from solar consumers to renewable energy advocates should find this program invaluable.

California Energy Commissioner David Hochschild was appointed in February 2013 by Jerry Brown to the environmental position on the five-member commission.  His career has been in public service, environmental advocacy, and in the private sector.  He first got involved with solar energy in 2001 when serving as a special assistant to then San Francisco mayor Willie Brown.  In that role, he launched a $1 million initiative to put solar panels on public buildings.  He went on to co-found Vote Solar Initiative, a 60,000 member advocacy group promoting solar at the local, state, and federal levels.  He has been awarded the Sierra Club’s Trailblazer award, and has also won awards from the American Lung Association and the Department of Energy.

Carter Levin is the membership coordinator of the California Solar Industries Association.  He has more than eight years of experience in every aspect of the solar market.

Come with your questions about how to navigate the shifting regulatory landscape, and what solar development might look like in the age of Trump.

At the Rossmoor Security Gate say: “I’m going to the talk on Solar.”   For further information, contact Carol Weed, carol4ofa@gmail.com.