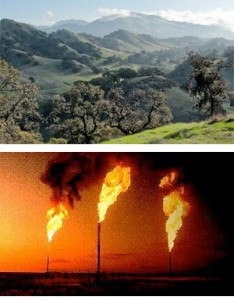 Should unincorporated Contra Costa join Marin Clean Energy or East Bay Community Energy?  The Contra Costa Board of Supervisors will consider their choice of Community Choice Energy programs at this historic meeting.  Your testimony before the board is crucial!

The Sunflower Alliance CCE Working Group has been doing its due diligence and has concluded that unincorporated Contra Costa would be best served by joining East Bay Community Energy.  We feel that this county—with its 41,000 acres of contaminated brownfields,  the legacy of its long industrial past—has rich potential as a site for extensive local energy generation.  Marin Clean Energy pioneered green energy procurement, and cleared the ground for CCA’s to take off all over the state of California.  We salute their pioneering efforts, but are troubled about the insignificant amount of local generation they’ve developed within their own service area over the last seven years.  East Bay Community Energy, with its strong commitment to local renewable development, environmental justice goals and community engagement, represents Community Choice Energy 2.0.  Let’s green and grow Contra Costa’s economy!

Here are some talking points in support of East Bay Community Energy:

* Developing clean energy generation within Contra Costa should be central to our choice of CCE.  This can be a powerful way to create local long-term, high-tech and blue-collar jobs, and for greening the whole economy.

MCE is not on a course to do this in Contra Costa.  Its pattern is to create energy far outside its own service area.  The majority of its energy procurement is from the Central Valley and Southern California.  Today, after being in business for seven years. MCE derives less than 3% of its total electrical supply from local generation within its service area.  It projects adding less than 5% by 2021. This puts MCE at an economic disadvantage because this makes it more vulnerable to market forces outside its control.

EBCE started creating its Local Business Development Plan as soon as it was formed.  EBCE prioritizes growing and greening the economy within its service area.  Since the plan is being developed now, Contra Costa county and cities can participate in the process and help create a plan that promotes development in Contra Costa.

* EBCE is a better long-term investment. It has both the commitment and the capacity to maximize local clean energy development in Contra Costa County.

EBCE is already the largest CCE in the state, with a larger electrical load than all of MCE’s territory in four counties.  With the addition of Contra Costa, its electric load and resulting income will be huge, giving it much more financial ability to invest in local energy generation.

EBCE has the capacity to take advantage of Northern and Eastern Contra Costa County’s large acreage of unused, former industrially-zoned open spaces that are suitable for large-scale solar development.

Contra Costa has more resources than any Bay Area county for generating electricity both for local usage and revenue generation. EBCE is the only CCE that prioritizes growing and greening the economy.  We think this a very promising match!  Please don’t sell Contra Costa short.

That means setting policies that call for well-paying jobs, with prevailing wages and training.  It means creating pathways to the new jobs for disadvantaged and displaced workers, and requiring employer neutrality in union drives, as well as project labor agreements on power generation projects.

Unions were actually at the drawing board in creating EBCE.  IBEW (electricians, SEIU (service employees) and CNA (nurses) played important roles in early program development. In contrast, MCE has a history of conflict with unions.  The Contra Costa Central Labor Council supports EBCE.

* Contra Costa communities should have ongoing input into CCE policies, as provided by EBCE’s Community Advisory Committee that has with a nonvoting representative on the Board of Directors.

EBCE provides a path for ideas and solutions from community residents and experts through its community advisory committee.  In Contra Costa, this would bring expertise, inspiration and creativity from engaged members of the public—a free resource that shouldn’t be overlooked.

The whole process of developing EBCE included dialogue with community groups and labor.  MCE has no structure for or history of community input into policy and direction.

Please join us in Martinez at the Board of Supervisors meeting on Tuesday, May 2nd, to support East Bay Community Energy for unincorporated Contra Costa!   Together, Alameda and Contra Costa counties can build a twenty-first century economy and usher in an era of true energy democracy.