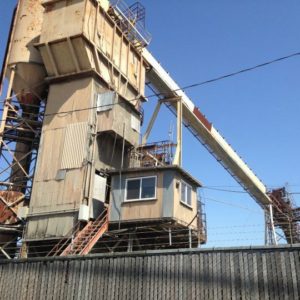 Tell the Air District what you think about giving Berkeley Asphalt a permit to emit higher levels of sulfur dioxide from its plant near schools and day care centers. West Berkeley neighbors have been suffering for years from sinus irritation, raw eyes, skin sores, respiratory distress, and cancer diagnoses, which they see as related to emissions from Berkeley Asphalt.

In addition to sulfur dioxide, asphalt plants also emit other hazardous pollutants including volatile organic compounds, some of which cause cancer, nitrous oxide, carbon monoxide, and small particles that can cause lung disease, according to the US Environmental Protection Agency

But neighbors, including Oceanview Neighborhood Action and other groups, want BAAQMD to hold a public hearing before issuing a new permit. Many want the agency to deny any new permit, because the plant is so close to many facilities that serve children.

The deadline for comments on the Berkeley Asphalt permit application is October 20. Comments can be submitted by mail, email, or phone. Include the permit application number, and the name and address of the facility or proposed facility.