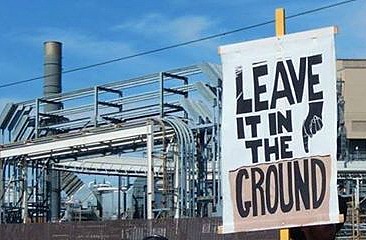 The Conoco Phillips 66 Refinery in Rodeo has once again poisoned Bay Area water and air. A tanker spill this week in San Pablo Bay sent over a hundred people to the hospital, and untold numbers of relatives in the area have been affected.  We are standing together to say: It’s time to leave fossil fuels in the ground!

We will walk from Lone Tree Point in Rodeo to the Conoco Phillips 66 Refinery (P66) on San Pablo Ave.

The EPA has named P66 California’s worst toxic polluter.  This from NBC Bay Area on September 22:

“The NBC Bay Area Investigative Unit searched through Environmental Protection Agency records and found the Phillips 66 refinery in Rodeo did not comply with federal standards for the disposal of solid and hazardous waste for the past three years.  An inspection report from March reveals the refinery was operating in significant violation, which is the agency’s most serious designation, and shows the refinery poses a severe level of environmental threat.”  (Source: Coast Guard Locates Oil Sheens in San Pablo Bay After Odor Sickens Vallejo Residents)

Rodeo and Vallejo, the towns most affected by the spill, are two communities along our refinery corridor fighting to protect and defend our waters. They are like those in the Dakotas defending our inland fresh waters, in Louisiana standing up for the disappearing Gulf Coast, and other communities along our endangered coastlines. We say say NO to refinery expansions, crude-by-rail, destructive and failing pipelines, and the continued desecration of Mother Earth.

We stand together with all the Defenders and Protectors around the world who have drawn the line and are resisting actions that harm the water, air, soil and Mother Earth!