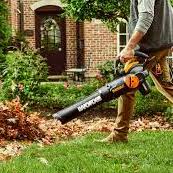 Tell the California Air Resources Board to cut pollution from small off-road engines (SORE). (primarily lawn and garden equipment). These small engines are extremely polluting. For example, operating a leaf-blower for one hour pollutes as much as driving a car from LA to Denver. SORE emissions are expected to surpass car emissions in California within the next couple years.

The California Air Resources Board is considering new regulations that would cut pollution from these engines.  CARB held an online public workshop on the proposed changes on June 9 and invites written public comment until June 30.  (staff report for the public workshop– They are slides.)
The changes being considered would require improved efficiency and decrease fuel spills and evaporation for SOREs produced 1/1/2023 or later, require further decreases for 1/1/ 2025, and zero emissions for those produced after 1/1/28.  text of proposed regulations

CARB must give a 2-year lead time, so regulations finalized in late 2020 can apply to SOREs produced after 1/1/2023 at the earliest.   A number of people who attended the public workshop asked why the incremental improvements (with complex testing and certification) are in 2023 and 2025, delaying the Zero Emission requirement until 2028.  The CARB representatives said CARB could require all SOREs sold in California and produced after 1/1/23 to be zero emission, and they want to hear from the public on the timeline.

Comments should be sent by June 30 to