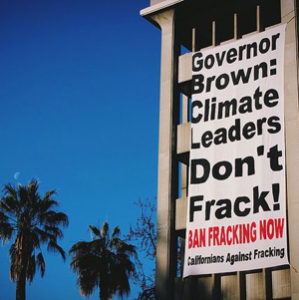 Join the Oakland Institute for two short films, focused on fracking and its resistance here in California. Dear Governor Brown looks at the contradictions of Gov. Jerry Brown—the “greenest” governor in the US (?), who’s encouraging the growth of fracking in California. The film also explores fracking in our state. Faith Against Fracking looks at the role of faith leaders from multiple backgrounds in forming alliances and contributing to the struggle to end fracking.

Following the film, join the Oakland Institute’s Policy Analyst Elizabeth Fraser, along with Shannon Biggs of Movement Rights and David Braun of Americans Against Fracking for a discussion about the incredible and important work happening here in California to ban fracking once and for all.