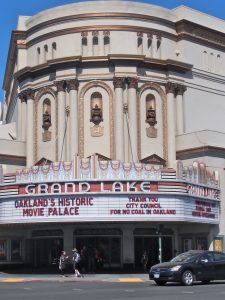 And for more background, see A Coaltastrophe Threatens Oakland.

We are also keeping a watchful eye on the danger of crude oil by rail coming through Oakland.  If the Phillips 66 refinery project in San Luis Obispo is approved, then we face mile-long trains of oil tankers carrying the worst forms of crude oil: tar sands from Canada. The SLO Planning Commission has heard overwhelming opposition to the proposal from community residents but has yet to vote on it.

Members of OFFR and others have been lining up resolutions from local institutions (unions, City Councils, community colleges, etc.) urging the San Luis Obispo Planning Commission not to approve the project. We have so far been successful in getting the following on board to pass resolutions and write letters against the tar sands threat:

But much, much more needs to be done. Join us!

Sierra Club email of June 29 – We are so close! Let’s block coal exports from Oakland  –   VIEW

No Coal in Oakland trifold   (PDF)

Organizations & Individuals Signing On to Support This Campaign

Link to Army Base Gateway Redevelopment Project, Special Meeting of the City Council on June 27, 2016 (City of Oakland, Office of the City Administrator)

Link to Army Base Gateway Redevelopment Project, Public Hearing On Coal in Oakland on September 21, 2015
(City of Oakland, Office of the City Administrator)

Do you support the campaign? Do it with dollars. 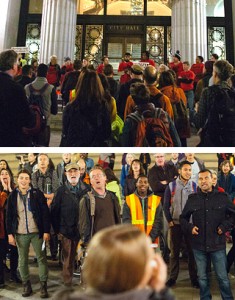 No Coal in Oakland recently played a major role in convincing the City Council to remove an agenda item paying up to $253,000 to an environmental consulting firm for a review of the evidence regarding coal.  Our campaign continues with canvassing, teach-ins, speaking and meeting with council members. We are about to purchase yard signs to raise our visibility. Printing is an ongoing drain on our finances, and yard signs are costly. While we are looking at other funding possibilities, we very much appreciate the support of everyone to help sustain our work.

Please donate to our campaign to keep coal out of Oakland.

The Last Mountain? Video on YouTube – Locale is Coal River Valley in West Virginia.  The film documents the Appalachian Mountains being leveled and destroyed.

Film: Stop All Proposed Coal Exports in the Pacific Northwest

Decade-long study shows how air pollution is killing you (ZME Science, May 26, 2016)

Is there any point in trying to restrict fossil fuel supplies? A new paper says yes  (Vox Media, USA, October 29, 2015)

The Myth That Coal Will Bring Jobs to Oakland: In-depth analysis of the 2012 Economic Impact Analysis   Link

Doctors statement on the health and safety impacts of coal (Whatcom County, WA)

Video (from Vice News story above)