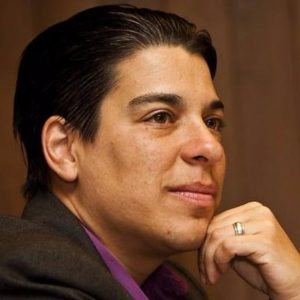 The Alameda County Mayors’ Conference renders its decision on Wednesday night about whether Rebecca Kaplan will continue to represent Alameda County on the board of the Bay Area Air Quality Management District (BAAQMD).  Please come out and testify on her behalf!  She has more than earned our support and deserves an outpouring of love and respect from this community.

Kaplan has been a great champion for measures that fight toxic pollution and greenhouse gases.  She has stood out on that board as someone who consistently does her homework on tricky technical issues.  She’s a nuanced thinker who does high-level problem solving and consistently works for consensus.  She’s a committed team player, even as she stands up to the oil industry and other polluters and pushes BAAQMD to do its job to protect communities and the climate.  But to the detriment of the environmental justice communities Kaplan so ably represents—and to the dismay of environmental justice activists closely involved with BAAQMD rulemaking—Kaplan’s term terminates at the end of March.  Will she be reappointed?

As Oakland’s City Council Member at Large, Kaplan is one of four people representing Alameda County on the BAAQMD board.  Each of those two-year positions is chosen by the county’s Conference of Mayors.  (They usually chose mayors, but it should be pointed out that as Oakland’s at-large city council member, Kaplan was elected by far more people than any of the mayors.)  At this writing, however, it is not clear whether Oakland Mayor Libby Schaaf has even put Kaplan’s name in nomination.  (A mayoral nomination is required for Kaplan’s reappointment).  And two other Alameda County mayors have tossed their hats in the ring—Berkeley Mayor Jesse Arrequin and Emeryville Mayor John Bauters.

Please show up early to endorse Rebecca Kaplan’s reinstatement at the next meeting of the Alameda Conference of Mayors.  The meeting is in two parts.  First, the Nominating Committee meets at 6:15 PM.  Public comment can be made when the Committee attends to Agenda Item #3.  Then the Nominating Committee takes its recommendation to the Business Meeting at 6:30 PM, where the final vote is taken.  The BAAQMD  Board decision is Agenda Item #7.  Please reference this number when you testify during the public comment period, listed as Agenda Item #5.

Here is a sample letter to Alameda County mayors:

Thank you for your continued commitment over the years, to building and strengthening our infrastructure and environment, and public health, both within your cities and throughout our County.  One of the ways that we effectively achieve our shared goals is through leadership in some of the regional agencies that provide funding and legislation to enable important projects and programs throughout our communities.  This is why having a strong presence on region-wide funding partners is so important, such as the Alameda County Transportation Commission, which oversees over $8 billion that together we won for rebuilding all of our communities.  And Bay Area agencies in which our communities have not always been heard, like the Bay Area Air Quality Management District (BAAQMD), which distributes hundreds of millions of dollars, and passes laws that impact our community.

Last year, a vacancy arose on the BAAQMD Board when the honorable Margaret Fujioka, Mayor of Piedmont, was elected judge, and thus had to leave the Board.  Thank you very much for appointing to that vacancy Oakland City Councilmember At-Large, Rebecca Kaplan, to represent the cities of Alameda County. In her time thus far on the Board, Kaplan has dramatically improved the success of our communities in obtaining needed funding for projects, ensuring that our needs are taken into account in plans and rules.  Within a short time, Rebecca Kaplan has already risen into a leadership position on the BAAQMD Board, becoming Vice Chair of Public Engagement, on this large Board which is made up of City and County leaders from throughout the nine-County Bay Region.

In this community of leaders, many of whom have been serving for longer, Kaplan has already proposed and passed significant new programs, and funding for needed improvements throughout our communities.  Recently, Kaplan successfully obtained over $600,000 to replace a very old, heavily polluting diesel locomotive engine operating near hard-hit West Oakland communities, with a new, cleaner engine. This is a vital step to protecting a community with a dramatically high asthma rate from a disproportionate pollution impact that they are suffering, to serve the goods movement of the entire region.  Before Kaplan was appointed, the hardest-hit areas in terms of air pollution had no voice on the region’s agency which is making decisions about air quality. Oakland held no seat for 25 years.  And yet, Kaplan’s successes and and funding wins go beyond just working to help Oakland—by coming up with new solutions, Kaplan’s proposals are making new funding and efforts available for all of us.

Kaplan worked successfully to pass an action at the BAAQMD Board to expand funding availability for Shuttles, which connect “last mile” locations to transit, etc., using “Spare the Air” funds.  These funds, with connected Spare the Air outreach efforts, help reduce traffic congestion and air pollution in our communities, and also help fund services that can connect key locations including jobs, housing, and shopping locations with transit and more.  Kaplan has worked on Shuttles in Oakland, launching the Free Broadway Shuttle to provide a vital transportation link in Oakland (which closes the gap between Jack London Square to Uptown, BART, Amtrak and Ferries, and connects key destinations).  Kaplan also helped win funding for other communities through this effort, projects such as the Shuttle in Livermore with ACE.

The BAAQMD Board has passed a motion by Kaplan to launch a program to help clean up truck pollution by funding buy-outs for some of the most heavily polluting trucks, and enable people to get cleaner vehicles.  Diesel particulate matter from trucks is one of the major sources of pollution which can harm public health in our communities. There have been grants available for retrofits, but some of the older, worst trucks can’t be successfully upgraded this way.  Data has shown that some of the worst-polluting trucks are causing disproportionate negative impacts on our communities, and so getting the worst trucks out could make a big difference.  Staff at BAAQMD is working on the details to prepare to launch this program, which Kaplan asked for, to be allowed to totally buy-out the worst of the trucks (modeled after the existing “cash for clunkers” program, which purchases and recycles heavily polluting cars). Kaplan is one of the strongest and most effective advocates for environmental justice and the health of all of our communities, and her presence is vitally needed on the Board.

Kaplan and other community stakeholders are working to bring funding and resolve air quality issues on important larger infrastructure projects, including those at the Port of Oakland, that are significant to freight and jobs for our entire region.  Having Kaplan at the table has helped to improve communication and resolve issues on major job-generating projects, to improve air quality and project delivery. Kaplan is working to provide funding for innovative solutions to capture emissions from ships, and ensure our Port gets cleaner and more efficient.  Kaplan’s efforts have united oversight and funding agencies to work together to clean the air in one of our most struggling communities, mobilizing millions of dollars and bringing together the Port, City, Alameda County Transportation Commission, BAAQMD, EPA, California Air Resources Board and more to advance tangible solutions which are now being implemented and funded.

Kaplan is one of the first and only openly-lesbian elected officials to serve in this important region-wide leadership role, and brings to the job a strong background and knowledge of the air quality and transportation issues that are handled and funded by BAAQMD. During her prior tenure on the board of AC Transit, Kaplan helped lead zero emission hydrogen fuel cell bus programs, biodiesel pilot program, solar installations, late night transit service to cover BART routes when BART is closed, bike racks on buses, and more.  Kaplan holds a Bachelor’s degree from MIT, a Masters degree in Urban and Environmental Policy, and a J.D. at Stanford Law School.  As Oakland city Councilmember at-large, Kaplan represents a large constituency including a community that has been disproportionately hard-hit by pollution, and deserves strong representation in our region’s air quality decision-making.  Kaplan also has served for several years, on the Alameda County Transportation Commission, where her colleagues have elected her Chair of the Board.  In that role Kaplan has helped to win billions of dollars to improve our region’s transit, pedestrian safety, and roads, while advancing clean air projects and new programs such as free bus passes for our school students, bike stations to allow for secure parking, intermodal freight improvements to make it easier to move freight by rail, and lower-emission vehicles. These experiences and more have prepared Kaplan well to be an effective leader for cleaner air and stronger regional collaboration to improve transit connections, carpooling, reduce congestion and truck emissions, and fight for more effective response to the cumulative impacts on our hardest-hit neighborhoods, for community-based mitigations, and other efforts vital to our region’s future.

As Mayors of Alameda County, you have the choice of the seats representing all of us on regional boards.  I appreciate your wise selection of Kaplan for the BAAQMD Board, and encourage you to maintain this leadership for the benefit of all of us.