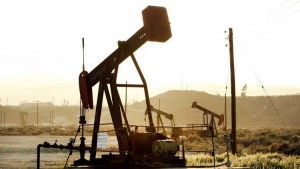 Join Alameda Against Fracking to meet other supporters and discuss strategy for making sure the fracking ban is passed. After two years of wrangling, the Planning Commission voted unanimously May 23 to pass the anti-fracking measure with one amendment, a concession to the county’s current oil-drilling company, E&B Natural Resources. The next step is for the proposal to go to the Board of Supervisors  Transportation and Planning Committee, but a date has not yet been set. That’s the last hurdle before the Board of Supervisors votes on the fracking ban

E&B Natural Resources held up the process of passing the ordinance several times with objections and amendments. Its spokespeople said they were concerned that the measure as written would ban their current practices, although it was only intended to prohibit new, extreme extraction methods.

The final version passed May 23 retained most of the original language but carved out an exemption for a method known as “water flooding.” This involves pushing water into a well to get out the last bits of oil after the main drilling process has finished. E&B spokespeople said the company does not use this method currently but that it might want to in the future. They also expressed concern that the measure might be interpreted as banning their current practices.

Members of environmental and community groups said some forms of water flooding push water into the wells at high pressure. Rebecca Franke, of the Sierra Club, explained that creates a risk.  Because of the high pressure, “fracturing can occur and fluids can go where you don’t want them to go,” possibly into groundwater. “We still have concerns,” she said.

But the measure as passed, while it does allow water flooding, includes some safeguards: Because of concerns about drought, it restricts operators to using wastewater from its operations, rather than new water. It also forbids operators from adding chemicals in the water they use to flood the wells.

Overall, said Franke, “I think we got a really strong anti-fracking, anti-extreme-extraction measure.”

The Sierra Club and other members of the Alameda Against Fracking coalition will meet June 1 to plan strategy. Fifty to eighty supporters of the fracking ban attended the last two planning commission meetings, Franke said, and “We want to keep up the pressure.”