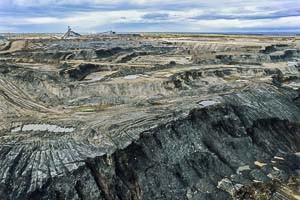 In August, at the urging of Idle No More SF Bay, several Bay Area Air Quality Management District (BAAQMD) staff and board members journeyed to British Columbia to meet with government officials and First Nations people resisting the Canadian Trans Mountain Pipeline, and then to Alberta to tour tar sands extraction sites.  This special Board of Directors meeting features the report back from that trip.

Speakers will include the BAAQMD delegation and some of the people the delegation met with in Canada: Charlene Aleck, elected Councilor from the Tsleil-Waututh Nation in British Columbia, Tzephorah Berman from Stand.earth, Dave Collier, and Pennie Opal Plant from Idle No More SF Bay.

In 2017, Phillips 66 applied for an Air District permit to nearly triple the amount of oil it brings in by tanker to its Rodeo wharf.  This current proposal follows an unsuccessful attempt made by the refiner three years ago to bring in tar sands crude via oil trains to its Central Coast refinery in Santa Maria.  That refinery is joined by pipeline to the refinery in Rodeo; together they comprise what Phillips 66 calls the San Francisco Refinery.  The Santa Maria project was stopped by the tireless efforts of Northern California activists all along the rail lines, who ultimately persuaded the San Luis Obispo County Board of Supervisors to deny approval.  Now Phillips 66 is resuming its attempts to convert to tar sands refining.  The current status of its Rodeo “wharf expansion” proposal is unknown, however.  The Draft Environmental Project has not yet been released, and it’s unclear what action the Air District will ultimately take.

The November 19th meeting should expose the very real connections between Canadian tar sands mining, Indigenous rights, and the potentially serious impacts on Bay Area frontline communities and on the global climate.  Will the BAAQMD, a major local enforcer of California climate policy, take its role of climate protector seriously enough to erect a protective barrier around the Bay and ensure that extra-toxic tar sands are kept out of local refinery crude slates?  Bay Area climate justice activists are watching closely.