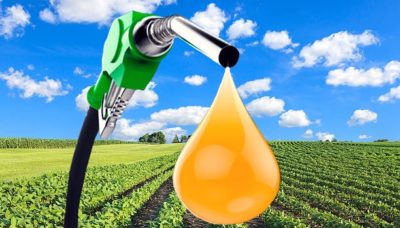 Bay Area refineries Phillips 66 and Marathon, and the oil industry as a whole, have come up with a new strategy for refining biofuel as a way to spike COVID-weakened profits and assure their longevity.  But promoting biofuel as an enlightened,  low-carbon climate “solution” could lock us in to a disastrous strategy.  Like natural gas, it’s being touted as a “bridge fuel”—and like natural gas, it’s a bridge we don’t want to get stuck on.  We’ve put together a list of resources to help you understand the coming battles over biofuel, and specifically the “renewable” diesel that Phillips 66 and Marathon are both planning to refine.

Biofuel claims to be green and “climate friendly” because it’s derived from living plants, which absorb carbon as they grow, balancing the carbon emissions when they burn.  But producing enough soy and other agricultural products to substitute for petroleum in our current machines would require so much land that it would mean destroying massive amounts of forest in the Amazon and elsewhere, as well as using land needed for agriculture.  Proposed Bay Area biorefining (Philips 66 in Rodeo wants to become the world’s largest renewable diesel facility) would eat up a huge chunk of the current U.S. soy crop.  (See “Biofuels: Burning Food?” below.)  The resulting loss of the planet’s ability to absorb carbon dioxide and feed the world’s people would be devastating.

In addition, while burning biofuel produces less toxic pollution than combusting petroleum, it still fills the air with deadly particulate matter and other toxins.  The most harmful effects of this fall on people who live near fuel-processing facilities and highways—disproportionately low-income people and people of color.

Petroleum companies, in addition to being able to continue profiting from their investments in facilities and distribution systems, get so much money in public subsidies and credits for producing biofuels that it’s basically free, so the money they get when they sell it is pure profit.  Meanwhile we are diverting all those resources from what we really need to be doing: creating a truly green and sustainable transportation and energy infrastructure.

Check out these resources:

Your headquarters for information about biofuel is Biofuelwatch, which has tons of articles on every aspect of this issue.

A summary of biofuel issues relating to plans for biorefining by Phillips 66 and Marathon was recently published in the East Bay Express.

This article explains the difference between biofuels and “renewable” diesel.

Refiners are competing for ever-dwindling sources of used cooking oils because of restaurant shutdowns.

Here’s the LA Times coverage of the Phillips 66 announcement of its pivot to biofuels.

Two articles covering the turn to refining “renewable” diesel in Bakersfield are here and here.

A recent Reuters article provides a perspective from Europe.

“Overcapacity Looms as More and More US Refiners Enter Renewable Diesel Market” documents the other renewable fuel credits received by refiners (three in total)—amounting to $3.32 per gallon.  This amount covers all “renewable” diesel production costs!  Still think refiners are turning to alternative fuels out of sheer altruism?