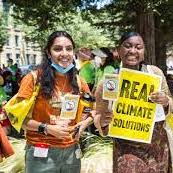 After a strong campaign by environmental/climate justice advocates, the California Air Resources Board made major improvements to its proposed five-year climate plan. But the plan still calls for massive investments in false climate solutions, especially carbon capture and sequestration (CCS) and hydrogen produced from fossil fuel, which would undermine progress toward reductions in greenhouse gases and increase environmental injustice.

CARB’s Environmental Justice Advisory Council (EJAC), which recommended a major overhaul of the plan, will hold a meeting to evaluate the new plan November 30, their only meeting before the board finalizes the plan December 15.  This is a great opportunity to learn about what the new plan would mean for California and about any steps the EJAC might take to improve it—and to add your voice!

According to a summary from the California Environmental Justice Alliance, positive changes in the revised plan include:

* Doubling the target for reduction of “vehicle miles traveled,” which means massively increasing public transit;
* Calling for a phase-down of oil and gas refining and extracting, led by an interagency process;
* Stopping the expansion of gas power plants and setting more ambitious targets for GHG reduction from the production of electricity, including creating 20MW of offshore wind power.

But it also includes strategies that would make both climate and environmental injustice worse:
* an expanded program of carbon capture and sequestration, including CCS projects on refineries, which CARB itself admits are “uncertain;”
* expansion of hydrogen produced from fossil fuel, which results in an increase in greenhouse gas emissions.

The plan does not include serious consideration of natural sequestration of carbon or more ambitious timelines for greenhouse gas emissions reductions called for by the climate justice movement.

Here is a chart from the California Environmental Justice Alliance comparing the original plan, the revised plan, and environmental justice recommendations.

For an in-depth discussion of the climate, environmental justice, and just transition issues, check out this recent  Sunflower Alliance webinar on the Climate Plan with EJAC members Faraz Rizvi and Matt Holmes.