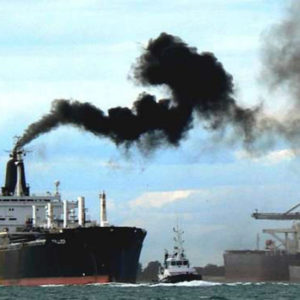 Tell the California Air Resources Board (CARB) to approve a proposal that would make a big dent in toxic air pollution from ships at Bay Area ports and refineries.

CARB staff has proposed a rule that would extend its pollution-control requirements to many more container and cruise ships and, for the first time, include oil and chemical tankers and ships used to import and export cars.

Not surprisingly, oil companies, shippers and their allies are fiercely opposing this rule.  ARB has postponed making a decision on the rule, originally scheduled for its June board meeting. The meeting is now billed as an “informational update.”

This gives us another chance to tell them to stand up to industry pressure and approve the rule without weakening it!

The good news is that you can make a public comment without leaving your home, over the phone. The board will be on camera via Zoom; public commenters are not on camera, just on the phone line.

Information on how to participate

CARB staff has proposed a rule that would extend its pollution-control requirements to many more container and cruise ships and, for the first time, include oil and chemical tankers and ships used to import and export cars.

CARB staff estimates that this regulation would remove nearly 400 tons of small particles (PM 2.5) and 21,000 tons of ozone from the air in refinery. and port communities. The result will be fewer deaths, hospitalizations, and emergency room visit. They estimate that in areas near the Chevron Refinery and the Port of Richmond the new rules would reduce cancer risks from ocean-going ships by 60 percent.

A local resident submitted this comment: “Chevron’s Richmond refinery is the biggest on the west coast. If they were forced to install a wet scrubber on their primary cracking unit and hook their tankers up to shore power, Richmond residents would experience a HUGE improvement in quality of life. These two things could have and should have been required ten or even twenty years ago. The installation of a wet scrubber might legitimately require five years’ lead time, but it is very difficult to understand why bringing electricity to the wharf should take even five years much less the ten that you are proposing.

“From the documents you provided, a few facts stood out to me:

“1) Tankers generate three times as much PM as container ships!
2) Richmond tankers (Chevron) generate more PM and DPM [diesel particulate matter] than is generated by the much larger Port of Oakland!
3) DPM can be reduced by 70% in Richmond and PM 2.5 by 30% (we need the wet scrubber to increase this number!).”