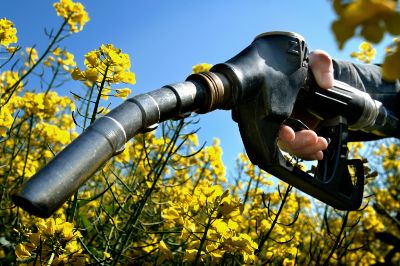 This State of California-sponsored webinar is important viewing for any Bay Area resident concerned about lowering regional greenhouse gas emissions, promoting environmental justice, and responding thoughtfully and effectively to recent announcements by Bay Area oil refiners that they’re moving into manufacturing biofuels.  Is this cause for celebration, or yet another corporate-sponsored catastrophe for living, breathing beings?

The California Air Resources Board (CARB) is hosting a webinar on reporting greenhouse gas (GHG) emissions associated with co-processing of what is calls “biogenic” feedstocks at petroleum refineries.  This includes emissions from downstream combustion of renewable fuels (by consumers), under the Regulation for the Mandatory Reporting of Greenhouse Gas Emissions (MRR).  CARB writes:

The webinar is intended to gather information on how to best account for the biogenic portion of finished fuels and stack emissions when co-processing biogenic feedstock at petroleum refineries.  The session will include a staff presentation focusing on existing regulatory methods and potential updates to the MRR that would be needed to quantify and report biogenic emissions from co-processing and renewable fuels . . . [and] provide time for questions and discussion.  Slides will be available at MRR Meetings and Workshops prior to the workshop.  The webpage also includes a link for stakeholders to provide comments for 30 days following the webinar.

This is an extremely important opportunity to offer public comment.

On August 1st, the Marathon refinery in Martinez—California’s fourth largest—announced its intention to lay off 800 workers in October and permanently idle the facility.  Going forward, Marathon said it was considering using the facility for oil storage, and possibly also for producing renewable diesel, a fuel made from industry waste and used cooking oil.  This is an alarming example of an unplanned and unjust transition, with 800 fossil fuel workers sacrificed on the altar of the bottom line.

Two weeks later, the Phillips 66 refinery in Rodeo announced its intention to get out of the petroleum refining business and convert entirely to the processing of biofuels.  Local refinery activists immediately expressed their skepticism and concerns about the wisdom of a wholesale conversion to plant-based fuels.  Unlike Marathon, Phillips 66 promises no job loss—which seems incredible on the face of it.  But its plan to substitute soy oil for tar sands oil seems to carry its own significant perils.  A quick back-of-the-envelope calculation suggests that producing enough feedstock to make the P66 Rodeo refinery the world’s largest renewable fuels plant (as announced in the P66 press release) would consume 25% of  total U.S. soy oil production all by itself.  Or, looked at through a global lens, producing 55,000 barrels of biofuels daily would mean devouring enormous and irreplaceable swaths of Brazilian rainforest.