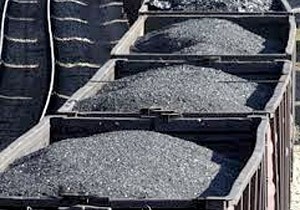 Terminal Logistics Solutions, the developers of City-owned land at the former Oakland Army base, announced last week that it has received $53 million dollars from four Utah counties to export up to six million tons of Utah coal out of Oakland each year. It intends to begin construction on a mega shipping terminal within just a few months.

Terminal Solutions? Six million tons annually? Do we need any more symbolic reminders that this project needs to be shut down?

Please visit our campaign page for the time and place of the next meeting of No Coal In Oakland team.

For up-to-date information on the No Coal campaign, please visit its campaign page.

Sign this emergency petition to the Mayor Libby Schaaf.  Contracts will have to be finalized by June if this deal is to go through, so we have to move fast to stop this project NOW.

Fossil fuel activists recognize this as yet another instance of whack-a mole. Jess Dervin-Ackerman of the Sierra Club points out that “major organizing victories squashing export proposals in Oregon and Washington mean that Big Coal has turned its sights on California.  Bay Area communities are already burdened by poor air quality caused by our five oil refineries and the shipping industry. We even have some coal snaking through our neighborhoods by rail and shipping out of a private terminal in Richmond. Now Oakland is in Big Coal’s crosshairs.”

Read recent coverage on the project on our campaign page, and at Sierra Club Yodeler and The Contra Costa Times

The Salt Lake Tribune carries both a news article, and a critical editorial (“…the future for coal doesn’t look rosy”)

The Economist (“…prolonged weakness in prices”)

And a VICE NEWS report: Mining the Navajo Nation, on the tragic effects of coal mining on the Navajo nation