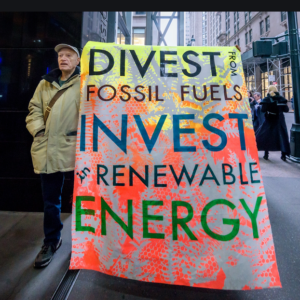 A webinar hosted by Stop the Money Pipeline and BlackRock’s Big Problem will explore the connections between climate change, migration, and the role of BlackRock, Wall Street’s largest company, in funding both the climate crisis and the immigration raids, detentions, and deportations that terrorize Black and Brown communities across the country.

Two days later Rainforest Action Network will host an online rally demanding Liberty Mutual stop insuring the climate-wrecking Trans Mountain tar sands pipeline. The risks of the Trans Mountain Pipeline are so great that it cannot legally transport any oil without insurance backing. That means if we can stop the flow of insurance money, we can stop the flow of oil. To learn more about the campaign to force insurers to drop Trans-Mountain check out this blog.