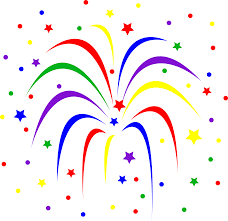 While we’re gearing up to continue our work in new and difficult conditions, let’s celebrate our many local victories for the environment and social justice.

All the environmental champions endorsed by the Sunflower Alliance won!

Richmond: Melvin Willis and Ben Choi were elected to the city council. They stand up to Chevron and support rent control and affordable housing.

Benicia: Elizabeth Patterson was reelected as mayor, Steve Young elected to the city council. They helped lead the successful fight to stop the Valero refinery from bringing oil by rail into Benicia.

Berkeley: Jesse Arreguín was elected as mayor. Jesse has been an environmental and social justice champion on the Berkeley City Council and has joined Bernie Sanders, Jesse Jackson, and Bill McKibben to call for a halt in construction of the North Dakota Access oil pipeline.

Oakland: Rebecca Kaplan was re-elected to the city council. She helped defeat the plan to export coal through Oakland. As a member of the Bay Area Air Quality Management District board, she has fought for caps on pollution from oil refineries.

In Monterey County, Measure Z, which bans fracking and other extreme extraction methods, won by 56%, dealing a major blow to the oil industry in a key oil-producing county.

And many other progressive measures won in Bay Area cities.

On to the next victories!