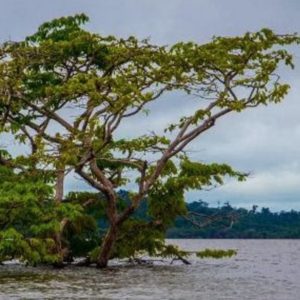 Attend the premiere showing of a new documentary film that explores the history and consequences of one of the world’s most controversial dam projects, built on the Xingu River in the heart of the Brazilian Amazon. The film was directed by award-winning environmental documentarian Todd Southgate, narrated by Emmy-award-winning Hollywood actor Peter Coyote, and produced with Amazon Watch, International Rivers, and Cultures of Resistance.

The documentary chronicles the inspiring work of indigenous peoples, grassroots activists, and their allies to prevent dam construction and its many impacts. It exposes the gross disregard for the rule of law that marked the entire project, including a massive corruption scandal involving high-level politicians and construction companies. And it shows the unfulfilled promises to bring “progress” to this remote Amazonian region.

A panel discussion with Amazon Watch and International Rivers will follow the film showing.

A $10 to $20 sliding scale donation will be requested at the door.
No one turned away for lack of funds.