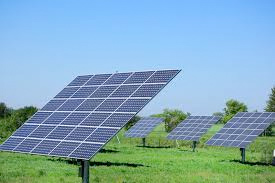 Come to this critical meeting of the East Bay Clean Power Alliance to discuss strategies for promoting community power and local clean energy development.  Alameda County is nearing the final decision on what its Community Choice Energy Program program will look like. But county planners seem to be on a course that downplays both community representation and local energy generation.

At a meeting May 4, MRW, the consultant that did a technical feasibility study on the project, presented preliminary data, which assumed that only 10 percent of the clean energy sold by the program would be produced locally. The study included no plan for how to promote local energy generation. In addition, a draft Joint Powers Agreement for governing the new agency included no plans for community representation.

At the meeting, many speakers, including Berkeley Mayor Tom Bates, urged the county to include a statement committing the JPA to prioritize local energy development. The documents that set up both the Sonoma and San Francisco CCEs include such a policy. In addition, many speakers, including Oakland City Council member Dan Kalb, insisted that community representatives be included when the JPA meets to discuss and set policies for CCE.

At this regular monthly meeting of the East Bay Clean Power Alliance, activists will discuss strategies for making sure the Alameda CCE promotes community participation and local economic development with well-paying jobs.