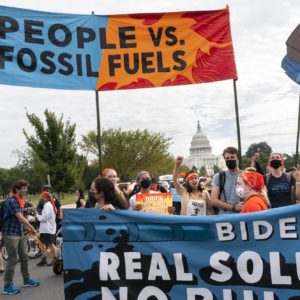 The screening of this 35-minute short film will be followed by a discussion with the filmmaker, and the organizers and climate activists featured in the film. The discussion will also share ways to get involved and hold President Biden accountable to his climate promises, as well as information on how to host your own screening.