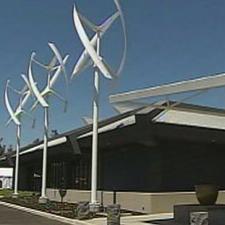 The International Energy Agency says the world has six months to avert climate crisis. Strong action is needed immediately to “prevent a post-lockdown rebound in greenhouse gas emissions that would overwhelm efforts to stave off climate catastrophe,” according to a report in The Guardian,

The agency’s report calls for a major redirection in government stimulus programs aiming to help economies recover from the effects of the pandemic. This call comes, not from environmental activists, but from an official intergovernmental agency representing 30 national governments, mostly in Europe and North American.  The International Energy Agency, originally formed to “ensure the stability of oil supplies,” bills itself as  “at the center of the global energy debate, focusing on a wide variety of issues, ranging from electricity security to investments, climate change and air pollution, energy access and efficiency, and much more.”

According to The Guardian,  “Creating jobs must be the priority for countries where millions have been thrown into unemployment by the impacts of the Covid-19 pandemic and ensuing lockdowns. The IEA’s analysis shows that targeting green jobs – such as retrofitting buildings to make them more energy efficient, putting up solar panels and constructing wind farms – is more effective than pouring money into the high-carbon economy.”

The agency maps out  a global blueprint for green recovery, which could create “almost 9 million jobs a year” mainly in buildings’ energy efficiency and wind and solar power, but also including many other investments such as cleaner transportation and industrial efficiency.

This call for radical redirection from an agency at the center of international power could give a major boost to people all over the world campaigning for a green recovery.