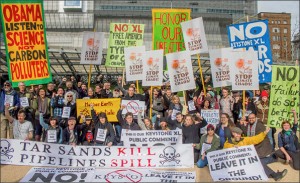 How do activists actually create change, and how can we learn from past actions? On Earth Day 2016, join Micah White, co-founder of Occupy Wall Street, and Bay Area organizers for a conversation at the David Brower Center on the past and future of environmental protest. Widely recognized as a pioneer of social movement creation, White has been profiled by the New Yorker, and Esquire has named him one of the most influential young thinkers alive today. Drawing on thinking from his new book, The End of Protest: A New Playbook for Revolution, White proposes that a reliance on materialism, empiricism and scientism has limited the potential of environmental protest, and looks toward a social revolution for individuals, communities and the planet. A Q&A moderated by the Sierra Club’s Michelle Myers will follow.