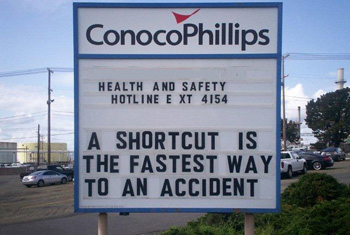 Staff of the Bay Area Air Quality Management District—whose job it is to ensure healthy air and protect the climate—has just secretly approved a fundamental part of the massive San Francisco Refinery tar sands expansion project proposed by Phillips 66.  This alarming move comes almost exactly five years after the Air District passed a resolution condemning the KXL pipeline and warned against the more intensive processing required by tar sands oil, which causes enormous quantities of toxic, criteria and greenhouse gas pollutants to spew from refinery smokestacks.  As that 2013 resolution made clear, ”any increase” of these pollutants will cause serious negative impacts on the health of local residents.

The administrative permit staff just issued to P66 increases heavy gas oil hydrocracking at its San Francisco Refinery in Rodeo by 61.3 million gallons per year.  This greater hydrocracking capacity will enable P66 to refine the increased quantities of tar sands oil it wants to bring in via nearly tripled tanker traffic across the San Francisco Bay.   Without this first level of permitting, P66’s proposed wharf expansion cannot go forward.  Air District staff brandished its rubberstamp for the project on August 16, 2018, without any review by its own Board of Directors, or by the public.  This is a reckless and dangerous shortcut.

The heavy-oil processing expansion the District has approved is an essential part of the refiner’s plan to switch its Rodeo refinery over to imported Canadian tar sands oil.  This is a project Phillips 66 has touted to investors, tried to lock in using oil trains, and now seeks to advance by expanding oil imports over its Rodeo Wharf.1  Tar sands bitumen is the most carbon-intensive, hazardous, and polluting major oil resource on the planet to extract, transport, and refine.  This project alone could increase by a factor of 35 times the total volume of Canadian tar sands oil that all refiners in the region import across San Francisco Bay and refine.1

But the bad news doesn’t stop here.  The Air District’s secret permit approval also directly attacks one of California’s greatest environmental regulatory protections.  The Air District is now intentionally evading mitigation, evaluation, or even disclosure of the climate impacts from refinery projects under the California Environmental Quality Act (CEQA) because of the state’s cap-and-trade program.  It’s citing California’s climate pollution-trading scheme as its primary alibi for refusing to protect our climate from oil pollution.

Join us at the Air District on September 5th!

When he was Attorney General, Governor Brown actually championed demands to disclose and mitigate under CEQA the climate impacts from oil projects at the Rodeo and other refineries.  As Governor, however, Brown has supported cap and trade, which allows the exchange of money for permits to pollute and now, as of the passage of AB 398 last summer, actually prohibits the direct regulation of carbon dioxide pollution at the emissions source.  He has been silent about the Air District’s attack on the CEQA disclosure he once championed.

In a related and equally dire development, the Air District staff revealed on August 7, 2018 an agreement its Air Pollution Control Officer (APCO) signed on March 28, 2017 with Phillips 66, Tesoro (now Marathon), and Valero.  That agreement commits the District’s APCO to propose and advocate for weakening crucial refinery emission control requirements.   But we say this relentless collusion with the oil industry must stop.  Demand that BAAQMD do its job instead of sabotaging public health and climate protections. 2

No more climate cowardice!  No more abandonment of refinery communities!  Join us on Wednesday, September 5th!

Wednesday, September 5th:  8 AM –  for Idle No More SF Bay-led Prayer Circle and Teach-In; 9 AM – to sign up for public comment at end of agenda; meeting starts 9:30 AM