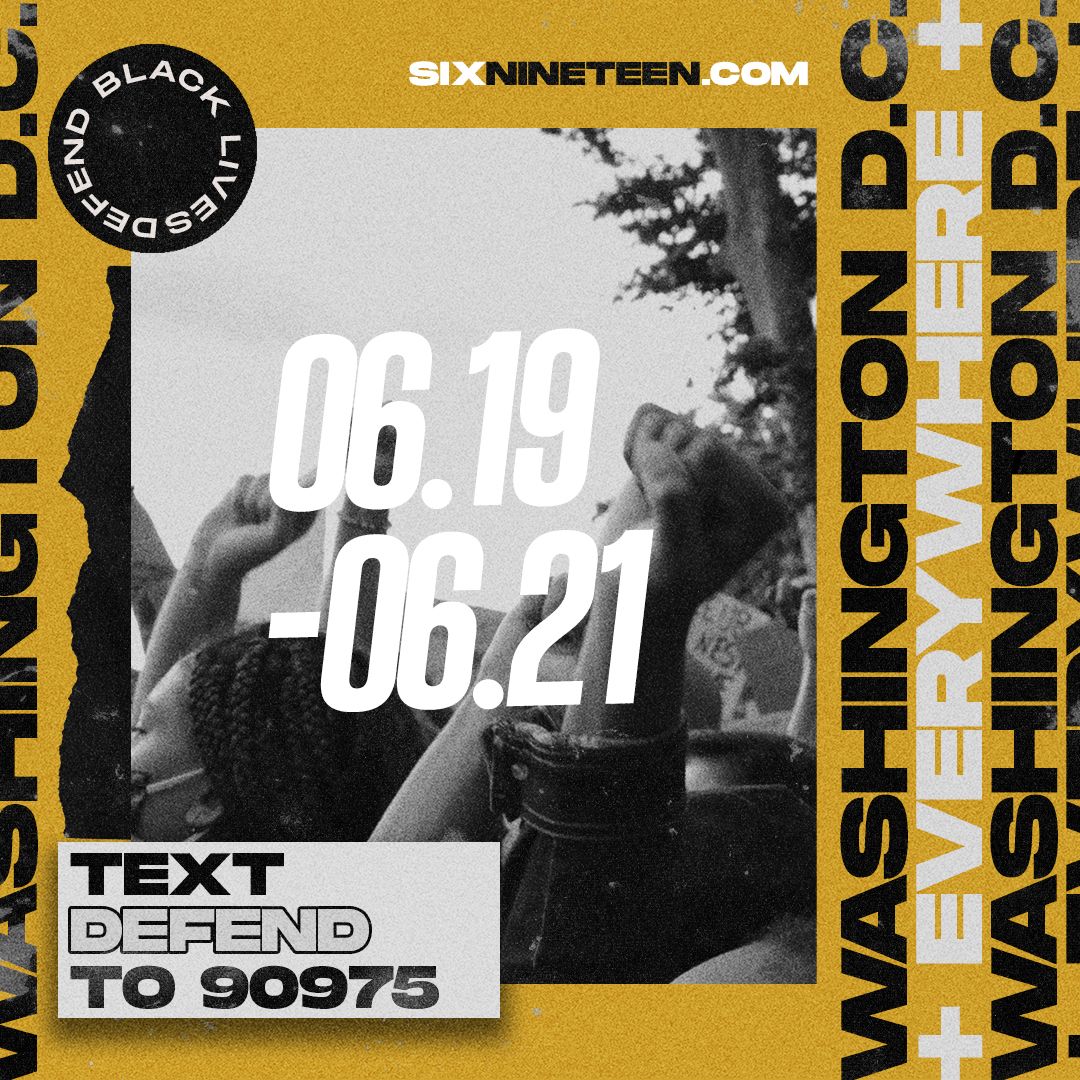 6.19 at the White House and the nation—find out how to connect here.

Join a Juneteeenth action at the Oakland port.

Announcement from Movement for Black Lives:

In response to the deaths of George Floyd, Breonna Taylor, Tony McDade, and countless other Black people who have been killed at the hands of vigilanties or law enforcement, millions have taken to the streets with a clear and distinct call to end police violence and to defund police. Combined with COVID-19 and four years of Trumpism, Black communities are demanding: justice; accountability; a divestment from policing; and an investment in healthy, sustainable communities.

To honor our ancestors and to lay a path to freedom for future generations, we are calling for the sixnineteen mobilization on Juneteenth weekend, June 19–21, 2020. We at Movement for Black Lives invite you to join us by taking action from home, in your community, or in Washington, D.C.

The millions of us are here to remind lawmakers that we are bigger than monied interests, including police unions and right-wing think tanks. We know the path away from this disaster. After years of anti-Black violence and animosity for Black life, we demand the defunding of police and an investment in Black communities. We also call for the resignation of Donald Trump, who met our calls for justice with a brutal wave of repression that has added fuel to the fire of racism and systemic inequity.

Including, in Oakland and the whole West Coast:

The demands are: Stop Police Terror, End Systemic Racism, Stop Privatization of the Port of Oakland