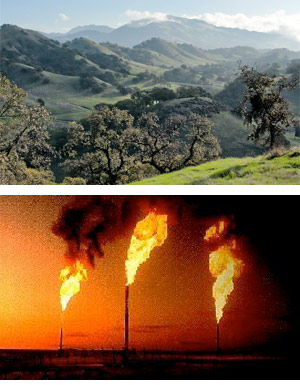 Just weeks after Contra Costa County’s Board of Supervisors declared a climate emergency, a diverse group of environmental, labor, and public health advocates sent a letter to the Board calling for a planned and equitable transition away from fossil fuels to a clean energy economy, in what many are calling a “just transition” that supports refinery workers and frontline communities.

“We applaud your recent Declaration of a Climate Emergency in Contra Costa County, which underlines the need to ‘plan for a ‘just transition’ away from a fossil-fuel dependent economy.’  In furtherance of this goal, we seek your immediate action to ensure just transitions for workers and communities threatened with sudden abandonment by refineries located in the County.  We believe climate protection must go hand in hand with environmental and economic justice,”  reads the letter’s opening paragraph.  See the full letter here.

The letter highlights concerns over recent news regarding changes to traditional refinery operations in Contra Costa County—including Marathon’s announcement of a permanent end to crude oil processing at its Martinez refinery, and Phillips 66’s notice of an impending partial closure of its San Francisco Refinery facilities in Rodeo, Franklin Canyon, and Arroyo Grande.

Both companies have proposed changes that would significantly decrease the production of non-petroleum fuels, which will involve shuttering large portions of the refinery.  Neither company has identified plans for full cleanups of their industrial sites, nor have they made adequate commitments to support the wages, health care, or pensions of workers whose jobs are threatened by these changes.

“The large oil companies who have for so long made their profits in Contra Costa County’s local communities ought to be the ones to pay the steep cost associated with their departure,”  the letter states.

The letter also identifies how the communities facing shuttered refinery operations are ultimately at risk for future prospects for environmentally healthy and economically sustainable development.