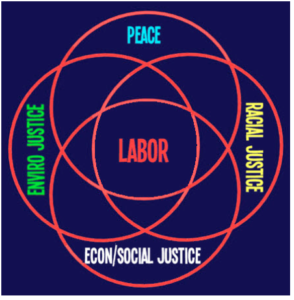 Leaders of the California union climate movement will be among the speakers at a panel on, “Multiplying Labor’s Power: Building Connections with the Environmental, Peace, and other Social Justice Movements.”

This online panel is part of the buildup to the June 18 “Poor People’s and Low-Wage Workers’ Assembly and Moral March on Washington and to the Polls,” headed by the Poor People’s Campaign.