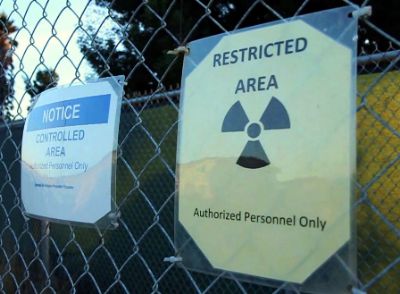 Join United Public Workers For Action UPWA, Defend Public Education NOW! and other community members and trade unionists at a press conference and speak-out protesting the decision of London Breed’s Treasure Island Development Authority Board to approve a charter school on radioactive contaminated Treasure Island.  These groups allege that a decades-long coverup is still continuing today.  Tetra Tech radiation health and safety inspectors were illegally fired and bullied after reporting the falsification of testing and dangerous radioactive materials on the island.  This radioactive material still exists there and is a threat to health and safety.  This is a superfund site that has not been cleaned up despite the efforts of agencies like SFUSD, DPH, and TIDA to declare that this site—and Hunters Point—are perfectly safe.

The proposed charter school is a serious danger to the lives of the students, faculty and staff.  A previous school at the site had been shut down by SFUSD because of deadly health and safety issues for the students, staff, and teachers.  The conditions at the public school when it was operating will also be reported on at the February 5th press conference.

Despite calls by UPWA and others about these dangers, there continues to be push for another charter school on the Island.  Speakers will report on the highly dangerous site and the systemic cover-up of radioactive dangers there.