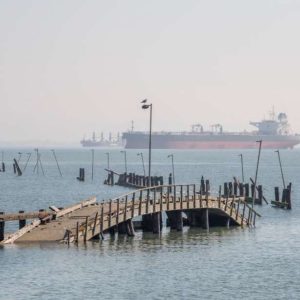 “The tides are rising and so are we!”

Come tell the Richmond City Council not to allow housing on the super-toxic AstraZeneca waste-dump site until it’s completely cleaned up!

Last January the lame-duck city council approved a 4,000-unit housing development on the Superfund–qualified AstraZeneca former toxic waste dump next to the Bay Trail on the Richmond South Shoreline. But those plans were based on outdated data on sea-level rise.

At this Richmond City Council study session on sea-level rise, Dr. Kristina Hill of UC Berkeley, whose primary area of work is adapting urban districts and shorelines to climate change challenges, will present her research and its implications for Richmond’s 32 miles of shoreline.[1]

Talking points on the Richmond Shoreline Alliance website. Emails are also super-important! Submit before 1 pm Tuesday. Specific instructions to submit emails are in the agenda.

Under new guidelines adopted by Cal EPA and other agencies, sea level is expected to rise by one foot by the year 2030, up to 3.5 feet by 2050, and up to 7.6 feet by the year 2100. These figures don’t take into account storm surges, exceptionally high tides, or El Niño events.[2]  When the sea level rises, ocean waters put pressure on groundwater, forcing it toward the surface and flooding low-lying coastal areas.[3]

When water from the Bay enters the soil on this site, either in an earthquake or through sea-level rise, the arsenic, mercury, and lead in the soil will be released, and the salts and oxygen in the salt water will create sulfuric acid. Pesticides dumped on this site will also be released, adding more poisons to this cancer-causing soup.

The California Department of Toxic Substances Control (DTSC), the agency that oversees this and other poisoned sites around the Bay, refuses to take into account the upwardly revised sea-level rise figures and what they mean for the proposed development. The agency recently reiterated its approval of an inadequate partial cleanup and cap of this extremely complicated site, one of the most toxic in the state. It’s no wonder that throughout California, the DTSC is being challenged as a captive agency, more concerned with appeasing industry than protecting our health.

The Richmond community, together with environmental justice communities around SF Bay, is united in its determination to avoid another Love Canal in Richmond. Come tell the Richmond City Council: no homes on this site until it’s completely cleaned up!

[1] For an excellent overview of the topic and Dr. Hill’s work, see this recent interview in Bay Nature.

[3] Check out this interactive map from NOAA to see what this scenario portends for Richmond and elsewhere along Bay shoreline zones.