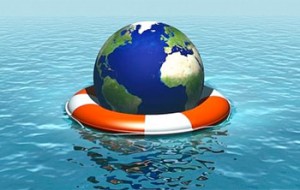 Phillips 66 has applied for Air District permission to launch what clearly looks like yet another tar sands project.

Read the Notice of Preparation here in order to tell the Air District what you think should be covered in an analysis of the impacts of P66’s latest attempt to expand its tar sands refining.  Please weigh in with written comments.

According to the Air District project description, this P66 wharf expansion “would increase the amount of crude and gas oil brought by ship to the Marine Terminal at the Phillips 66 San Francisco Refinery in Rodeo, California.  The refinery processes crude oil delivered by ship from a variety of domestic and foreign sources to the Marine Terminal, as well as crude oil received from central California by pipeline.”

What exactly is going on here?  The Notice assures us that the amount of oil refined at Rodeo will remain stable, but the proposed wharf capacity is greater than the total refining capacity of the entire Rodeo plant!  Also keep in mind that the Rodeo plant processes all the semi-refined oil from Phillips’ Santa Maria plant.  Santa Maria cannot send that oil via water and relies on sending it to the Rodeo plant via pipeline in order to finish making it into usable motor fuels.  Does Phillips intend to close the Santa Maria plant?  If so, what is the closure plan?

The Notice of Preparation isn’t as heavy a slog as you might think.  Please read it carefully and suggest areas of significant impact that the DEIR must cover.

Keep Tar Sands Out of the Bay Area!