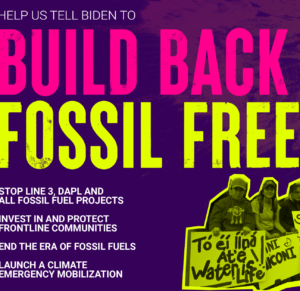 On the campaign trail, Biden was a climate champion. But in his first year, his administration has issued more oil and gas drilling permits on federal land than Trump. He has refused to stop the Line 3 pipeline or move toward ending fossil fuel subsidies.

Tell Biden to keep his promises on climate and environmental justice with executive actions that will: