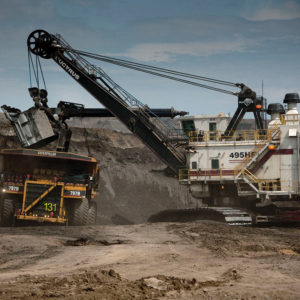 Tar sands oil is one of the dirtiest, most carbon-intensive fuels on the planet, and its extraction has already contaminated the drinking water and food of First Nations in Canada and unleashed massive amounts of carbon pollution.

Last winter, Liberty Mutual adopted a policy limiting its business with coal, but it continues to insure the tar sands with no end in sight. In fact, Liberty Mutual is currently providing crucial coverage for the Trans Mountain and Keystone XL pipelines and has not ruled out covering Line 3.

These pipelines would transport crude tar sands oil from Alberta, unleashing a massive dirty carbon bomb on the planet and polluting local lands and waterways. But they are facing powerful Indigenous and grassroots resistance.

We can stand in solidarity with these communities by fighting back against the insurers of this destructive sector.

All of us who believe in putting people over profit must send a powerful message to Liberty Mutual: stop fueling climate chaos and insuring human rights abuses.

Sign this petition to demand Liberty Mutual drop insurance coverage of the Keystone XL and Trans Mountain pipelines and rule out insuring Line 3 and the entire tar sands sector.

If you’re a Liberty Mutual policyholder  fill out this form
Organizers are trying to identify as many people that purchase insurance from Liberty Mutual as possible because every customer is a part-owner of the company and has a voice in its governance.