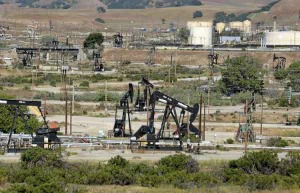 Monterey is on its way to ban fracking.

Measure Z, a citizens’ initiative to ban fracking and other extreme oil recovery methods, is on the November ballot in Monterey County.

The campaign has gotten off to a solid start with the endorsement of the Monterey Bay Central Labor Council.  MBCLC is a coalition of over 60 unions in Monterey and Santa Cruz counties, representing more than 30,000 union members and their families.   Their endorsement clearly demonstrates that Measure Z protects jobs!

A caravan from the Bay Area to Monterey is planned for October 1st.  (Watch this site for details.)  In the meantime, we can support Measure Z with our campaign contributions.  Ground operations are expensive and Protect Monterey County, the initiative’s sponsor, is in serious need of cash.  A lot of cash. Big Oil  started running TV and radio ads a few months ago and is expected to spend over $10 million by election day.  Yes, you read it right—ten million big ones on a county land use initiative.   Monterey is California’s fourth largest oil-producing county, and a ban on fracking there would be a huge victory for California fossil fuel resistance—and a humiliating defeat for the oil industry.

Measure Z would not only ban fracking but would prohibit all new drilling within the county’s unincorporated areas.  It would also prohibit the use of any land for hydraulic fracturing, acidizing, and any other forms of well stimulation.

The initiative would additionally phase out oil and gas wastewater injection and wastewater ponds, and ban future wastewater and injection ponds.  It’s pretty ambitious, and local activists think it’s politically passable if the campaign can reach the residents of Monterey County one door at a time.

Why is this county initiative so necessary?

Until some enlightened resident of the governor’s mansion institutes a statewide ban against fracking, we will continue our fight against extreme extraction one county at a time.

In 2008, Monterey County allowed Venoco to frack and acidize oil wells in Bradley, near the Salinas River.  In 2015, Monterey County Supervisors rejected a fracking moratorium and regulations for oil operations.

Recently, the California Water Board notified six oil companies that they are illegally injecting wastewater into protected aquifers of the Salinas groundwater basin in Monterey County.  For decades, the county gave oil companies blanket permits to drill unlimited numbers of oil wells near the Salinas River, with zero regulation.

From Section 14 of the Ballot Initiative:

The oil in Monterey County is particularly thick and viscous, and requires a significant amount of energy to extract and refine.  Operators frequently use “enhanced” oil recovery techniques such as steam injection to heat the heavy oil deposits in order to bring them to the surface.  These operations require more surface equipment, including combustion engines that burn fossil fuels and release air pollution and greenhouse gasses, therefore reducing the net energy gain from extracting the oil.  Crude oil from Monterey’s San Ardo oilfield is the second most carbon-intensive in California, and some of the most carbon-intensive in the world, according to the California Air Resources Board.