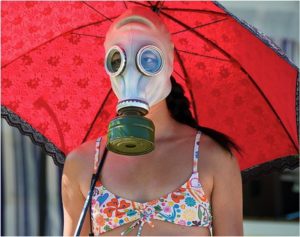 In a 19-3 vote, on July 21 the Bay Area Air Quality Management District (BAAQMD) Board of Directors overwhelmingly approved Rule 6-5, the “cat cracker rule,” to rein in refinery pollution. Andres Soto, Richmond Organizer for Communities for a Better Environment, issued the following statement:

“This is a huge win for environmental justice communities who have been fighting for this rule for years as a matter of racial, environmental, and climate justice. Despite a widespread misinformation campaign by the refineries and their allies of exaggerated costs that threatened our communities with doomsday scenarios, the Board of Directors made an historic vote today on behalf of disproportionately impacted communities.”

Background: Last March, a majority of the BAAQMD Stationary Source Committee voted 7-4 to send the most stringent proposal for Rule 6.5*—a measure to reduce health-destroying particulate matter from the Chevron Richmond and PBF Martinez refineries—to the full Board of Directors. The community turned out in force and made eloquent, persuasive comments in favor of the tightest possible regulation of Bay Area refinery particulate matter emissions, or PM 2.5, the primary cause of our “stationary” (non-transportation) air pollution–related illness. They demanded that these refineries install wet scrubbing technology in the chambers that break down heavy oils—the Fluidized Catalytic Cracking Units (FCCUs), or “cat crackers”—on the earliest feasible timeline, as recommended by BAAQMD’s own Advisory Board. Out of PBF’s six refineries, four already have wet gas scrubbers. This seemed an important enough finding to warrant making a simple fact sheet for it. That fact sheet is here.

BAAQMD staff initially took the indefensible position that oil companies’ costs outweigh the health benefits of wet scrubbing technology, already in place at Valero in Benicia as well as over half of U.S. refineries. They justified this stance by accepting industry’s extravagant cost claims and grossly underestimating the health consequences—asthma, chronic obstructive pulmonary disease, heart disease and stroke—borne primarily by low-income, Black, and Brown residents of frontline communities.

Industry pulled out all the stops to prevent Board approval of the most health-protective standards, but ultimately were unsuccessful. While the struggle was once again framed as the environment vs. jobs, what has not been generally acknowledged is that job loss in the fossil fuel industry is not driven by environmental regulations: market forces are to blame. Moreover, a recent study found that adopting wet scrubbing technology would create good union jobs.

Board of Directors meeting video will be posted soon.

*See a detailed analysis of “Rule 6-5” and its potential to reduce enormous health impacts in this December post.