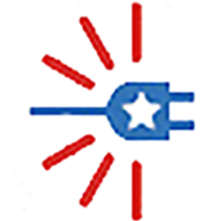 PG&E and SoCal Edison have not given up their campaign to destroy rooftop solar in California by raising the rates they charge to solar customers and drastically slashing what they pay for power that solar owners sell back to the system.

Our resistance has stalled this effort so far, but according to the Solar Rights Alliance, hints are emerging from the California Public Utilities Commission (CPUC) that they’re preparing another plan that still gives the utilities a lot of what they want.

Join the Solar Rights Alliance for a webinar on:

Here’s what the Solar Rights Alliance wrote about why they’re worried:

“1) Several times in March, a high-level CPUC official repeated utility propaganda to powerful state lawmakers. Watch this short video in which we show one of those instances and explain why the claims are not true.

2) A different high-level CPUC staffer recently posted this message on a former lawmaker’s Facebook page that repeats nearly every falsehood about rooftop solar that’s out there.

“…The current policy (NEM2) is holding back our decarbonization goals and is extremely inequitable – essential massive subsidies for on-average wealthier Californians to invest in solar (without storage) that does basically nothing to stop climate change. The reform [CPUC’s Solar Tax proposal] would accelerate decarbonization and won’t do it on the backs of low-income customers…”

3) The CPUC is openly using biased research from two organizations that also take money from PG&E, SoCal Edison and SDG&E. This is a conflict of interest.”

Find out more about what’s going on and how you can help.