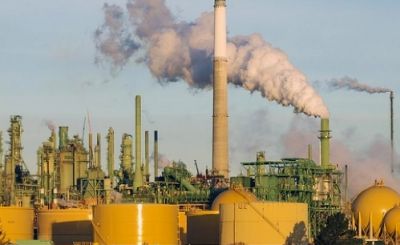 Just say NO to Big Oil’s carbon capture schemes!  It’s easy: this Action Network form helps you send an email to the Governor and all members of the California Air Resources Board. Campaign sponsors are the Asian Pacific Environmental Network (APEN) and the California Environmental Justice Alliance (CEJA).

Our state’s top air regulators have listened to the community and taken some very important steps forward in the new draft Scoping Plan.  They are building a future beyond oil and gas by:

However, the draft plan’s reliance on Big Oil’s carbon capture schemes undermines California’s efforts to build a future beyond oil and gas.  The plan calls for putting carbon capture on the majority of oil refinery operations, which could keep refineries online indefinitely.  Carbon capture would lock in polluting fossil fuel infrastructure, bring new dangers to frontline communities, and add a massive strain on California’s electricity grid—all to the tune of billion$ in handouts to Big Oil.

We need the California Air Resources Board to say NO to carbon capture on fossil fuel infrastructure.  Instead, CARB must prioritize direct emissions reductions and lead a rapid and equitable phaseout of fossil fuels.

Please join us in taking action by writing a letter to CARB today.