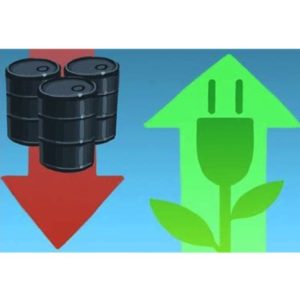 Federal legislators have introduced a bill — supported by hundreds of environmental and social-justice organizations — that would block the fossil-fuel-industry from  diverting relief funds from people and communities to shore up their dying industry.

A fact sheet is available here.

Join the Climate Justice Alliance, 350 Action, the Sunrise Movement, the Sierra Club, and many other climate justice organizations to support this bill.

US Reps Jackie Speier, Barbara Lee, and Ro Khanna, and Sen. Kamala Harris, are cosponsors. Email Senator Dianne Feinstein and tell her to join them! Use this suggested text or write your own:

I am writing to you today to ask you to co-sponsor the  “Resources for Workforce Investments, Not Drilling” (REWIND Act) led by Sen. Merkley and Rep. Barragan. The REWIND Act stops vital investments from going to the fossil fuel industry and ensures that people and communities will be prioritized over polluters. The REWIND Act would do the following: