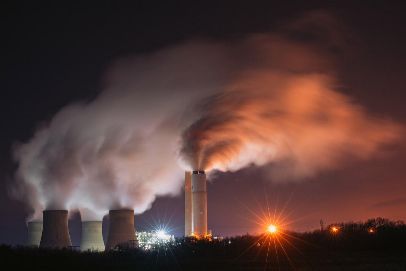 A new piece of legislation introduced in Congress earlier this year could be our best shot at taking down the fossil fuel industry.

The End Polluter Welfare Act (EPWA) identifies and closes dozens of corporate tax loopholes that fossil fuel companies have exploited for decades.  In all, it would cut over $150 billion in fossil fuel subsidies over the next ten years.  That’s money that can be used instead to expand social programs and fund a just transition, and it’s a critical statement about our priorities.

The bill was introduced by Rep. Ilhan Omar and Sen. Bernie Sanders, together with Sen. Merkley, Sen. Markey, and Rep. Barragan, and takes direct aim at the fossil fuel subsidies that prop up the industry.

While President Biden announced an ambitious goal of reducing U.S. greenhouse gas emissions by 50% over the next decade, any plan to sufficiently address the climate crisis must include provisions to wind down the fossil fuel industry and end fossil fuel subsidies.  The best part about the bill is that—in addition to closing existing loopholes—the bill also aims to prevent the development of future fossil fuel subsidies.  And since the EPWA was recently introduced in Congress, the upcoming months are critical in order to build as much political support from colleagues in both chambers of Congress.

We need to increase Congressional support for this bill to make it likely to pass—take action now and tell your Congresspeople to support the End Polluter Welfare Act!

If we can get our elected officials to support this bill we will have a very real chance at ending billions in fossil fuel subsidies.  That’s money we can instead invest in our communities and clean energy solutions that bring us closer to a climate-safe future.