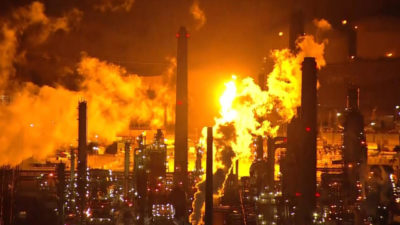 We strongly agree with the Contra Costa Health Department: the Martinez Refining Company should be held criminally liable for its toxic chemical release in Martinez on Thanksgiving night.

Please email District Attorney Diana Becton and her Environmental Enforcement Unit at DAOffice@contracostada.org .   Tell them you feel strongly that the PBF-owned Martinez Refining Company should be prosecuted to the full extent of the law for recklessly endangering the health and safety of the good people of Martinez.  (And please bcc:  action@sunflower-alliance.org  so we can tally public response.  Thanks!)

The refinery released 20-24 tons of toxic, heavy metal-laden refinery catalyst through Martinez neighborhoods on Thanksgiving night and the following morning.  It issued no warning to residents and failed to report the release to the Community Warning System or county health officials, as required by the county’s notification policy and by state law.  Now the Contra Costa County Health Department has asked District Attorney Diana Becton to review the case and consider taking legal action.  Her department has one month to complete its deliberations.

“It is unacceptable that the refinery did not notify county health services of their chemical release and that the county learned about it through the media,” John Gioia, chair of the Contra Costa County Board of Supervisors, told the East Bay Times.  “By failing to notify the county in a timely manner, the refinery delayed an emergency response that could have reduced harm to the surrounding community” (emphasis added).

This is the same refinery that chose not to comply with a new 2021 Air District pollution regulation requiring the installation of a wet scrubber to reduce lethal refinery particulate matter emissions by 75%.  Rather than take strong measures to protect community health, PBF (along with Chevron) chose instead to file a lawsuit.  A year later, this facility blanketed its neighbors with toxic white powder and then offered them free car washes, assuring them that the substance was harmless.  County lab analysis found otherwise:  The spent catalyst contained elevated levels of aluminum, barium, chromium, nickel, vanadium, and zinc.

The Thanksgiving night event has been followed by multiple instances of intense flaring and, just within the last couple days, a noxious, burning odor which penetrated closed windows and doors throughout the charming, still rustic county seat where John Muir once tended his orchards.  PBF/MRC had just announced that what it described as an ordinary turnaround (or normal 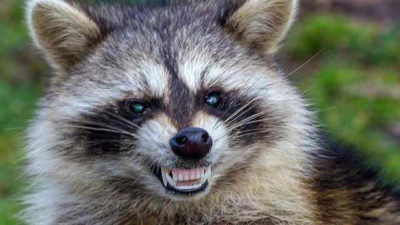 maintenance) would cause recurrent flaring over the next month, but insisted there is nothing to worry about.  Martinez residents are not exactly reassured or convinced by MRC/PBF’s explanation that a passing racoon was responsible for recent unit failure.  What exactly is going on at the refinery?  And why is the federal Chemical Safety Board not being called in to do a root cause analysis of the catalyst release?

Please take a few minutes to send a brief email to District Attorney Diana Becton and her Environmental Enforcement Unit at DAOffice@contracostada.org.   Our message is simple:  Please prosecute the Martinez Refining Company to the full extent of the law.  An injury to one is an injury to all, and Martinez residents will be living with the health fallout from this incident for years to come.

None of this is acceptable anymore.  And it never was.